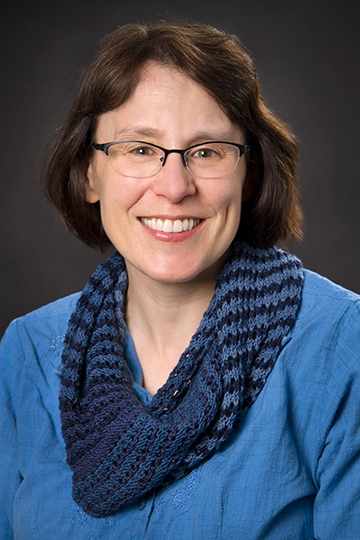 The College of Liberal Arts and Sciences at the University of Iowa has named Rosemary Moore of the Departments of Classics and History as Distinguished Associate Professor of Instruction for 2020-2022.

"I'm very pleased to recognize Dr. Moore with the Distinguished Associate Professor of Instruction award," Goddard said. "She is an outstanding teacher, mentor, and researcher, and is a respected a leader in her field. I look forward to learning of her future accomplishments in serving her students and the University of Iowa."

Moore joined the faculty of the Departments of Classics and History in 2003. Her research interests are in Greek and Roman history and military history. Her work has a particular focus on the social dynamics between various ranks of the Roman military, and between the military and Roman society as a whole, including issues such as the development of military discipline and the influence of civilian modes of conduct on military authority and behavior. She has presented her research at numerous conferences in the United States and internationally.

Moore, who received her Ph.D. from the University of Michigan in 2002, has a book in progress, The Roman Art of Command: the Roman army general and his troops, 216BC-138AD.

Among her many activities in service of her discipline and the UI, she has been essential in co-organizing and bringing to the University of Iowa the 2020 annual conference of the Association of Ancient Historians. The conference has been entirely moved to a virtual format. She also serves on the UI Autism Committee and as chair of the Leadership Studies Certificate Faculty Advisory Committee.

The Distinguished Associate Professor of Instruction award recognizes excellence in teaching, institutional and professional service, and record of publications among lecturers who are being considered for advancement to the position of Associate Professor of Instruction. The two-year award carries a one-time grant, which may be used for research and teaching initiatives.