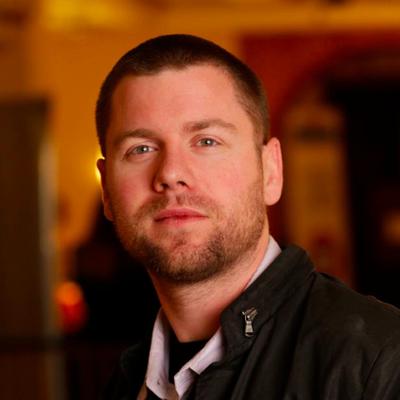 Calvin Hennick, who earned a bachelor's degree in English in 2004 from the University of Iowa, has won the Pushcart Editors' Book Award for his new book, Once More To The Rodeo: A Memoir.

The memoir will be published in December 2019 by Pushcart Press.

Hennick said the book is "a father-son road trip memoir, where I take my young biracial son back to my small Iowa hometown in a (somewhat ridiculous) quest to figure out fatherhood, manhood, family, life, and a bunch of other stuff way too big to tackle in ten days in a rented Toyota Avalon."

Kirkus Reviews, which gave Once More to the Rodeo a starred review, calls it a "tender and engrossing travelogue that fully embodies 'what it means to be a man and a father.'"

Hennick, 37, is a freelance journalist who lives in Milton, Massachusetts. His travel writing has been featured in the Boston Globe, the Philadelphia Inquirer, Yahoo Travel, and other publications. He also writes about business and technology for the CDW family of technology magazines, including BizTech, EdTech, FedTech, StateTech, and HealthTech.