His books and TV appearances bring the ancient Levant to life for audiences
Tuesday, June 1, 2021 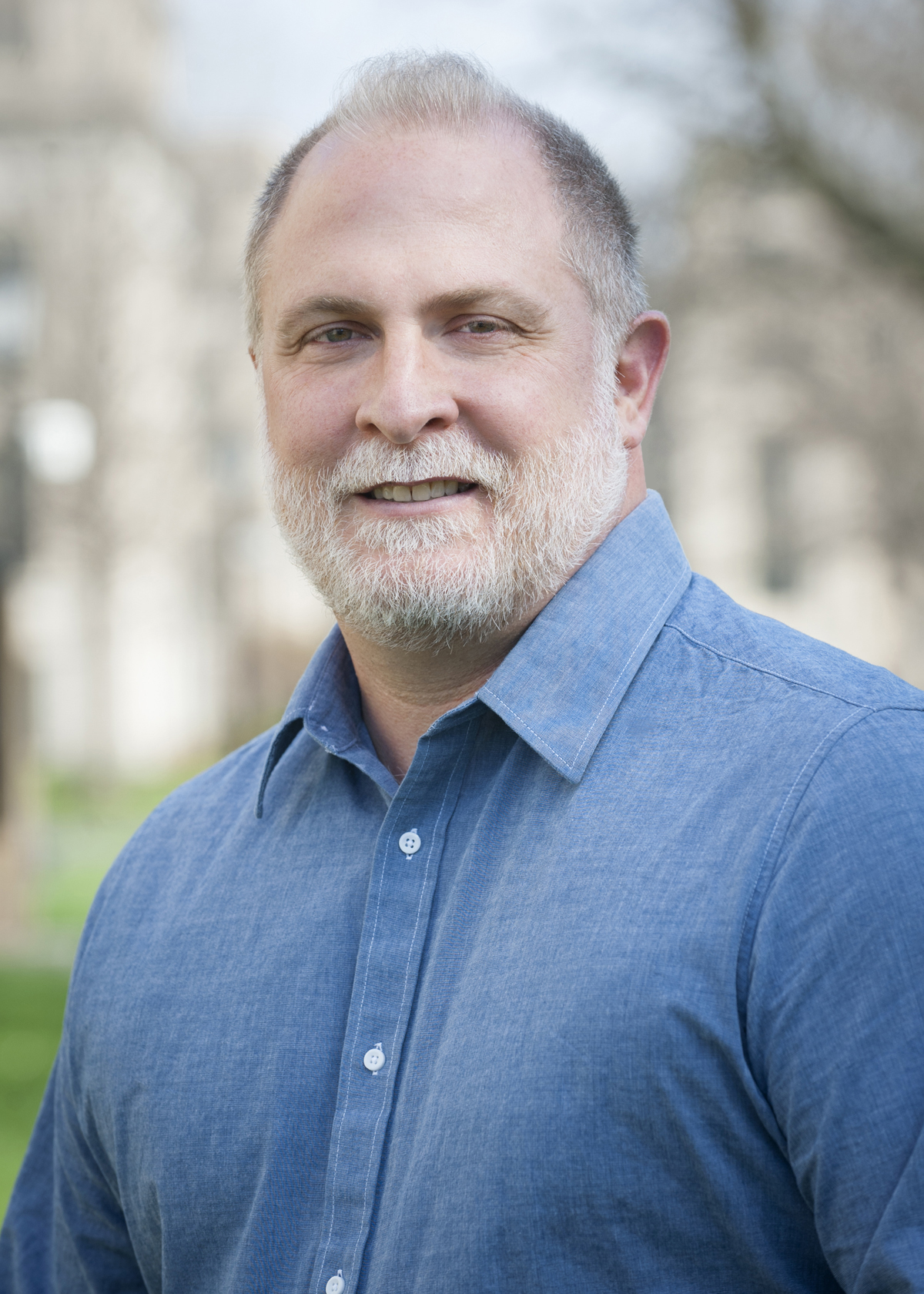 Associate Professor Robert Cargill of the University of Iowa Departments of Classics and Religious Studies can take you on an esoteric intellectual journey through the ancient Near East, commenting on the arcane scholarly work of his fellow archaeologists and explaining his own high-level research into the discipline's nooks and crannies.

Or Cargill can grab you by the hand and take you with him right into the homes and tombs and temples of people who lived thousands of years ago. That's what he does in his popular 2016 book, The Cities That Built the Bible, and in documentaries on CNN, History, Discovery, and the National Geographic Channel. In recognition of his public scholarship, he was honored with the Outstanding Outreach and Public Engagement Award by the UI College of Liberal Arts and Sciences.

Cargill's expertise and influence as an archaeologist and scholar is celebrated throughout his corner of academia. He earned his PhD from the University of California, Los Angeles, and also holds a Master's of Divinity degree from Pepperdine University. With research interests in Hellenistic/Second Temple Judaism, biblical archaeology, pseudepigrapha and apocrypha, Hebrew and Aramaic, and Melchizedek traditions, he has helped shape his discipline's understanding of the ancient cultures in the lands where the Bible came into being over centuries. He served as editor of Biblical Archaeology Review for three years, and his digital Qumran Visualization Project, a 3D, real-time virtual reconstruction of the site of Qumran (think Dead Sea Scrolls) brought the digital humanities to a new level. His recent published scholarship includes books such as Melchizedek, King of Sodom: How Scribes Invented the Biblical Priest-King (Oxford University Press, 2019) and articles such as “The Rule of Creative Completion: Neofiti’s Use of שכלל,” published in the journal Aramaic Studies. He teaches Biblical Hebrew, Aramaic, Syriac, and Hellenistic Greek, and is the director of graduate studies for the Department of Classics.

Cargill loves conducting research into and teaching about these ancient topics, and is proud to be a scholar on the UI faculty. But he is also a public scholar who loves talking to non-academics about his findings—after all, these cultures shaped our own in big ways. From their religions, philosophies, civic structures, and economic life to inventing writing, paper, and agriculture, these peoples have influenced our basic assumptions about modern life. And Cargill is thrilled when he is able to ignite the imaginations of those who don't dwell in the proverbial ivory towers of the academy, but are simply curious about the world around them.

The Cities that Built the Bible (HarperOne, 2016) has been published in paperback and multiple foreign languages, and Cargill has often brought his knowledge to television screens. He has been featured as an expert on programs such as "Good Morning America", "Inside Edition", and "Newsday." He has served as a consultant and contributor for History's "Jesus: His Life," as the Jerusalem host for CNN's "Finding Jesus," as consulting producer on History's "Bible Secrets Revealed," as host of the National Geographic Channel documentary "Writing the Dead Sea Scrolls," and will be featured on the forthcoming CNN documentary series "Jerusalem: City of Faith and Fury." You can also find him on YouTube and Twitter as the "XKV8R." In addition, Cargill has regularly led both students and interested members of the public on archaeological digs in and around Jerusalem, providing glimpses not just into the city's ancient times, but also into the bustling, modern-day Jerusalem.

For all of his work in making the arcane accessible, the College of Liberal Arts and Sciences is proud to recognize Professor Robert Cargill with the Outstanding Outreach and Public Engagement Award.