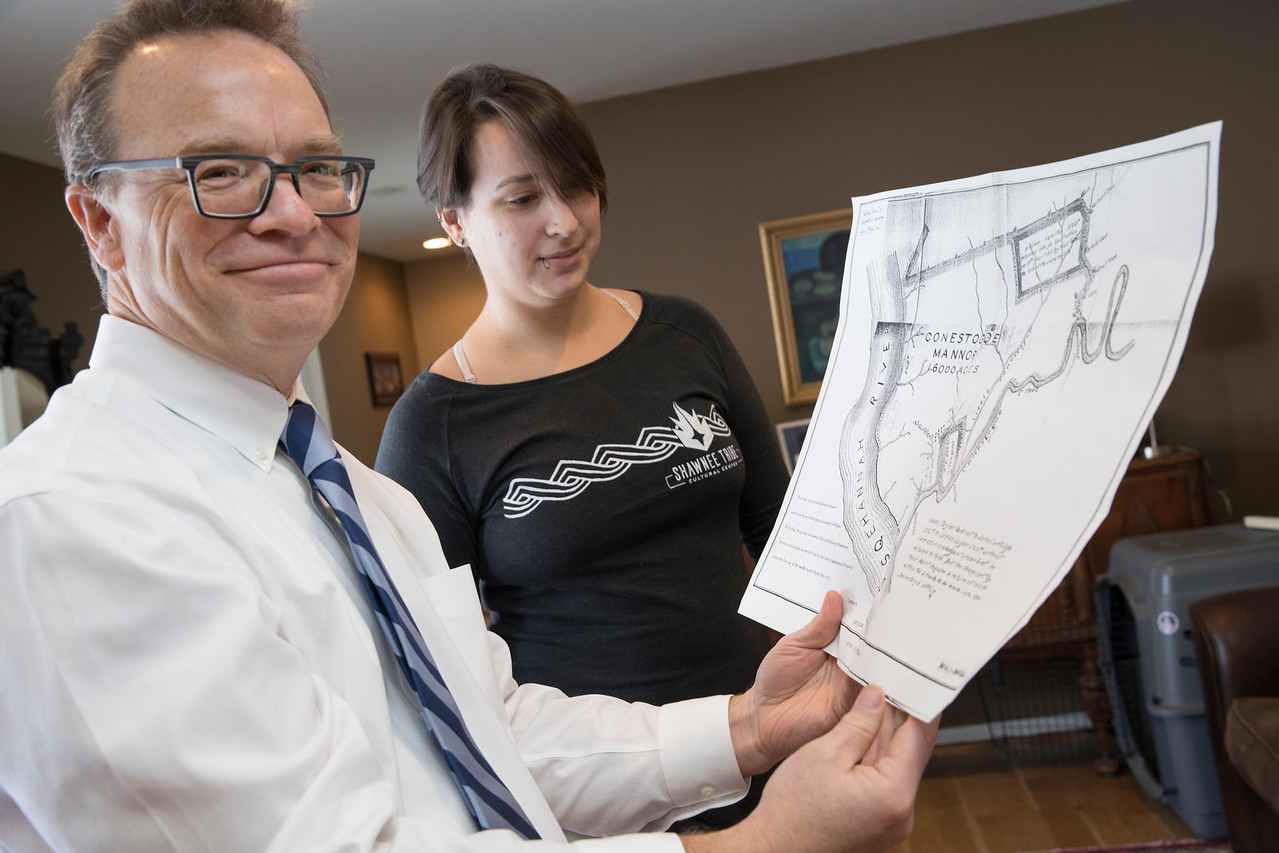 Since he was an undergraduate, University of Iowa Professor of History and American Studies Stephen Warren has devoted much of his research to the Shawnee Tribe. His work took on special significance when he recently gifted the tribe with an extensive archive of materials that he has compiled over years of work, which will increase the materials' reach and allow tribal members to speak on their own terms about their cultural identity.

“My whole mission is to build capacity in indigenous communities so that they can do the research themselves,” Warren said. “One of my main goals is focused on producing knowledge that is useful to native people and their communities.”

Warren donated his archive to the Shawnee Tribe Cultural Center in Miami, Oklahoma, where citizens of the tribe were often forcibly relocated from their original settlements in Ohio and elsewhere. The cultural center is a community space where the Shawnee Tribe can tell their own story and share their history with their fellow tribal citizens and the public.

Warren was drawn to the Shawnee Tribe’s unique history and became curious about how they have survived after being banished from their land. Warren’s archive will assist the Shawnee Tribe to bring awareness to the tribe and show the central importance of the Native American experience to American history.

“The problem that’s always bothered me is that the lower Midwest was profoundly affected by ethnic cleansing,” Warren said. “My career is a response to how native survivors imagined a life for themselves after ethnic cleansing, and I try to remind people that they’re still here and the 'vanishing Indian' thesis is wrong.”

One of the main segments of the Shawnee Tribe Cultural Center features exhibits that tribal citizens create to share more information about their culture. Their first exhibition was about Shawnee pottery. The Shawnee Tribe has conducted research and rediscovered exactly what their ancestors’ pottery looked like and have learned their techniques, including what kind of clay they used. They used open-pit firing to make the pottery as authentic as possible.

The archive was originally a gift to Warren from fellow researcher and friend Randolph Noe, the editor of an important annotated bibliography of tribal materials. Noe’s goal was to collect every printed source regarding the Shawnee Tribe from all over the world. He gathered an immense collection of archival material, and Noe’s family graciously gifted Warren the archive after Noe’s passing in 2003. Warren then took it upon himself to add to the collection.

Warren continues to conduct research for the tribe. He is currently working on a mapping project that will show the locations of their ancestors’ burials using Geographic Information System (GIS) technology.

During his time at the University of Iowa, Warren finds that research on the Shawnee Tribe has allowed him to think a lot about the university’s diversity and inclusion requirement in the General Education Program.

“I teach a lot of classes in the diversity and inclusion sequence and I try to help students think about cultural difference and the histories of underrepresented groups, and I think that Native Americans offer a great way to do that,” Warren said.

Warren wants to help obtain justice for the Shawnee Tribe, and their eagerness to collaborate has encouraged him to continue his research and writing on their history.

“I owe a debt to the Shawnee people,” Warren said. “I wouldn’t be the historian I am today without them and their engagement in my life and work.”