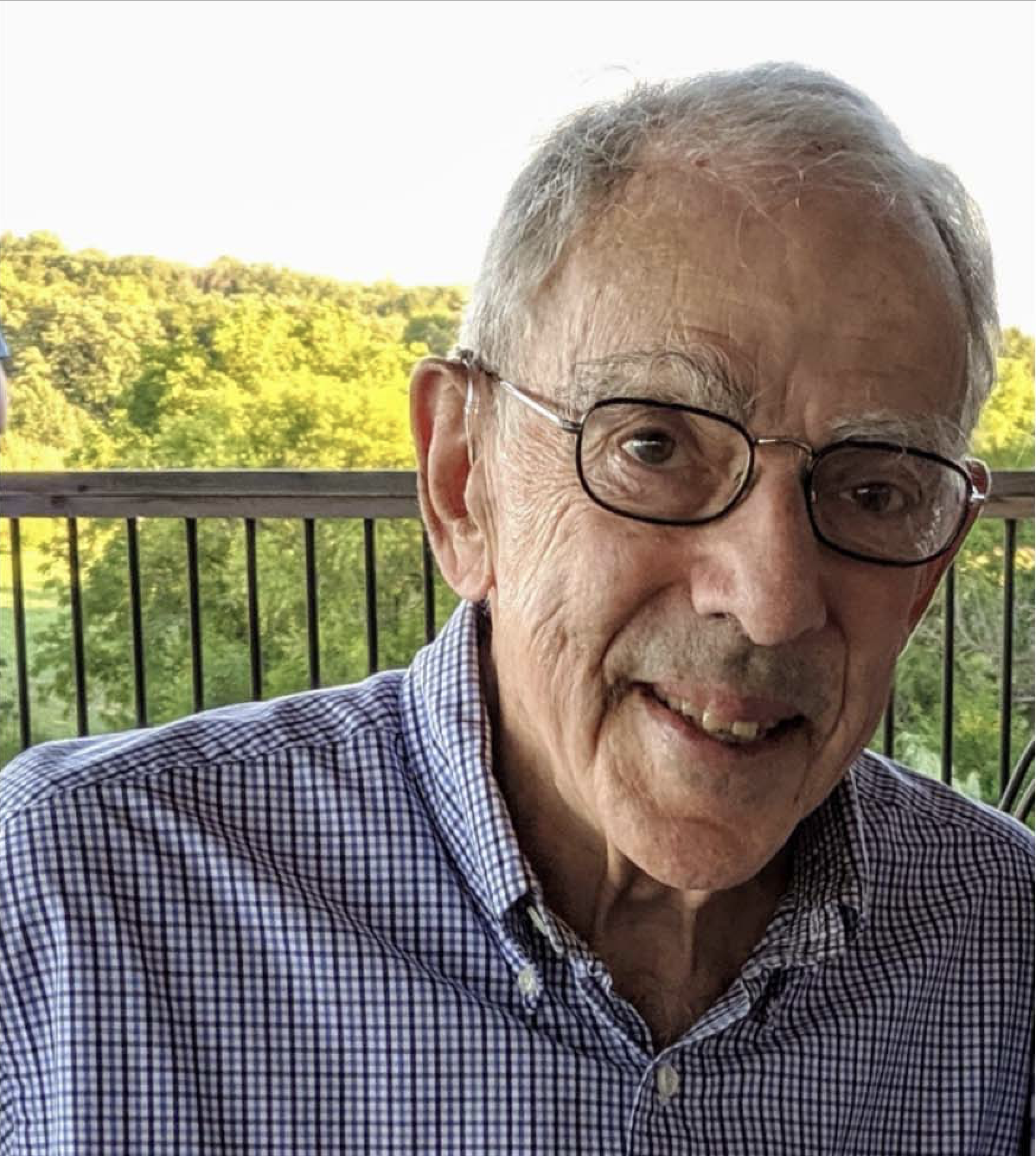 As reported in the Daily Iowan last week, Carl Klaus, critically acclaimed essayist and founder of the Nonfiction Writing Program, passed away at the age of 89; read his obituary here.

You can also read a short interview with Carl from September 2021 and watch or listen to a reading he gave in 2018 at the Iowa City Senior Center.

Below are some memories of Carl shared by students and colleagues, courtesy of David Hamilton.

“Carl was a beloved teacher and a fine writer who famously launched the Creative Nonfiction program at Iowa. He was an old-fashioned modernist with a lovable crankiness that I found so charming I never tired of chatting with Carl in the hallway or over wine in his kitchen. Very big-hearted too. He read a couple of my manuscripts, and my work was much the better for it. When Carl looked at you, he looked at you. None of this restless eye syndrome. It was a steady beam of Carlhood. And then five seconds of silence before he said anything. It was like dead air on the radio. Kind of unnerving at first but then you understood Carl was simply readjusting to the universe because you were now in it, and that took time. Gosh I’ll miss that guy.”   Jeff Porter

“Carl had a depth of feeling and genuine kindness that few possess. It's funny because one of his students told me that he was afraid of Carl. I think it was because Carl called us to our deeper selves, and if we didn't heed the call, he let us know. I was never afraid of him. For me he was the embodiment of a life well-lived.”  Candida Maurer

“Carl was a brilliant essayist and scholar of the essay, an avid gardener, and possessed of a generous and wise presence. Those of us who teach should be so lucky to be remembered as fondly as Carl's former students, so many fine writers, remember him. I remember seeing one of his books, “The Made Up Self”, displayed prominently in a bookstore in Melbourne, Australia, and feeling somewhat in awe of him. He wrote and taught nonfiction writers around the world through his words many years past his retirement. Proud to have known him.”  Robin Hemley