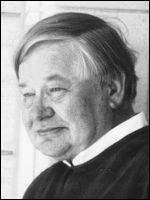 Paul Baender was born and raised in Alameda, California, the son of Clarence and Estelle (Hart) Baender. Paul married Mary Lou Rough in Los Angeles in 1957.

Paul was an avid chess player, coin collector, and sports fan. His favorite sport was baseball, and his favorite team was the Chicago Cubs. In 1991, he combined his professional interest in the theme of the "indefinite character" in American culture and his personal interests in University of Iowa sports and World War II history with the publication of A Hero Perished: The Diary and Selected Letters of Nile Kinnick, which he compiled and edited.