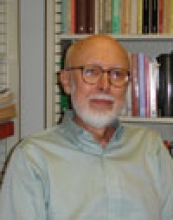 Laird Clark Addis, Jr., died on July 30, 2018, after a short illness. He is survived by his wife of 55 years, Patricia, his daughter Kristin and son-in-law Jamie Lloyd of Iowa City, his daughter Karin of Chicago, and grandchildren Hazen, Zoe, and Luken. He is also survived by his siblings Winston Addis of Bellevue, WA, Yvonne Addis of Mason City, and Sue Dayton of Iowa City and her husband Chuck Dayton, sister-in-law Sue Riedel and her husband Tom Riedel of Benson, AZ,  and six nieces and a nephew and their families.

He was born in Bath, New York, in 1937 and settled in Iowa City as a child. He received a B.A. from the University of Iowa, an M.A. from Brown University, and a PhD from the U of I, all in philosophy. Laird taught in the University of Iowa Department of Philosophy from 1964 to 2004. Among the many courses he taught were ones in metaphysics, philosophy of science, logic, history of philosophy, philosophy of mind, and philosophy and human nature. He was a Fulbright Scholar at the State University of Groningen in the Netherlands during the 1970-71 academic year. He served on a multitude of doctoral committees not only in philosophy but also in music. He published several books, one of which, Of Mind & Music, combined his two most compelling intellectual interests. After retiring, he continued to teach in the U of I Senior College.

His undergraduate degree also included a major in music, and he was a double bass player, in earlier years with the Cedar Rapids Symphony and for nearly three decades with the Quad City Symphony. With Patricia, he was a founding member in 1980 of the Iowa City Community String Orchestra and was its only player never to have missed playing an ICCSO concert. He was an opera enthusiast and particularly loved Richard Strauss and Richard Wagner, having seen Wagner’s cycle The Ring of the Nibelungen three times. Over the years, he and Patricia together attended over 100 different operas. He was devoted to contemporary music and was himself a composer, first as an undergraduate and in more recent years, when a piece of his was performed by the ICCSO.

He traveled regularly with his family, and made over 30 trips to European countries. He particularly loved traveling to visit his daughters when they lived in Europe. Travel highlights  with Patricia were seeing Ephesus in Turkey and Stonehenge in England. He and Patricia also enjoyed playing golf together, both locally and on southern and western courses.  He was an avid reader whose favorite topics included human origins, history, astronomy, and current events. He was over-the-moon proud of his two accomplished daughters.

Memorial contributions may be made to the Laird Addis Memorial Prize in Bass at the University of Iowa Center for Advancement, One West Park Road, Iowa City, IA 52242.