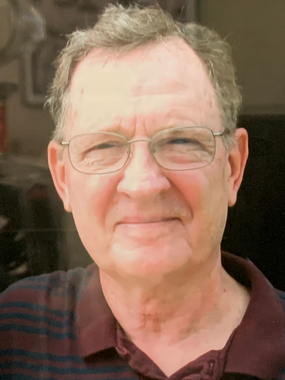 Ed McCliment of Iowa City, Iowa, passed away on June 1, 2020, of Coronavirus. He had an extraordinary life. He was born in Detroit, Michigan, in 1934. Ed had substantial education, including a bachelor’s degree from the University of Michigan and a PhD from the University of Illinois. Ed was married for 54 years to his wife, Genie. He was widowed for 10 years and spent the last 8 years with Char, who loved and cared about him dearly.

Ed led an adventurous life as a physics professor, which allowed him to research and travel the world. He was a beloved professor to his students at the University of Iowa for 40 years. His career took him to Germany, Russia, Brazil, Switzerland, and Fermi Lab to perform his life’s work of high energy physics. His favorite trip of a lifetime included a safari in Tanzania with Genie. He loved to paint, bird watch, play cribbage, read classic literature, and spend time with his family. He was devoted to the Democratic party and up until this year, volunteered to knock on doors to encourage voting.

Ed is survived by his loving daughters and sons-in-law: Nancy, Timothy, Lisa, Brian, Terry, and Chris. He is missed by his adored grandchildren: Hannah, Hillary, Miranda, Anna, and Liam.

His immediate family will host a gathering when it’s safe to spread his ashes in Hickory Hill Park where his daughter Catherine and his wife Genie lay to rest. Online condolences may be expressed at www.HamiltonsFuneralHome.com.