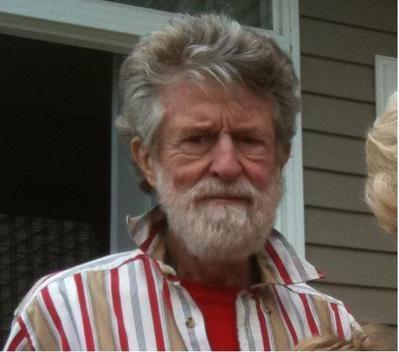 Dr. David S Chamberlain of Vero Beach, Florida, passed away on January 7th, 2015, surrounded by members of his family. David had been ill for some time, and was receiving hospice at Indian River Estates in Vero Beach. The funeral was held at St. Helen’s Catholic Church in Vero Beach on January 19th, with all his family in attendance.

David was born on February 10, 1931, in Boston, Massachusetts. He was the second oldest of three boys. He grew up in various towns in Massachusetts and attended Brown & Nichols prep school in Boston, where he lettered in three sports including football, wrestling, and crew.

In 1952, David received his bachelor’s degree in English from Dartmouth College. While at Dartmouth he participated in crew and was member of the Theta Delta Chi fraternity. David was awarded a James B. Reynolds scholarship for foreign study and enrolled at Oxford University in England.

On his way to Oxford by steamship, David met his future wife, Ytsjelisck Witeveen, who was returning to Friesland after an extended trip to America and Canada. After a two year courtship, they were married in 1954. David also received his MA in English in 1954.

Upon returning to the states, David enrolled in officers' training school, and served two years as a navigation officer during the Korean War. He flew naval air missions patrolling the DEW line along the eastern seaboard of the U.S.

After his military service, David began further graduate work at Princeton University and eventually received his Ph.D. in Medieval Literature. In 1962, while still writing his dissertation, David moved his young family to Iowa City to take a job as an assistant professor in the English Department at the University of Iowa. In 1975, David became a full professor of English at the University of Iowa. In 1997, he retired after a 38-year career of teaching and research into medieval literature.

Dr Chamberlain was a well-loved professor who was well known for his teaching of Beowulf and other pieces of classic literature. He especially enjoyed teaching undergraduate students.

David and Ytsjelisck and their family attended Thomas Moore Catholic Church throughout their time in Iowa City.

David was active in Iowa politics, and was an accomplished carpenter, and handyman. David and Ytsjelisck raised six children in Iowa City and lived in six different Iowa City homes.