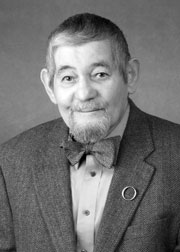 A three-time graduate who started as a freshman in 1940, Samuel L. Becker, University of Iowa Foundation Distinguished Professor Emeritus of Communication Studies, celebrates 70 years at the UI. Since joining the faculty in 1950, Becker has had a profound influence on the discipline of communication studies, both through his own scholarship and the many graduate students he mentored who became leaders in the field. He has written numerous books and monographs and over 100 articles and book chapters on topics including speech and media pedagogy, media production, the social influence of mass media, intercultural communication, theatrical performance, politics, and ethics. One of Becker’s most important scholarly contributions, the “mosaic model,” suggests that perception is an active process that makes individuals engaged creators of the world in which they live. Dedicated to the integration of theory and practice, he worked on applications ranging from smoking prevention campaigns to creative radio and television productions. Becker was chair of the Department of Communication and Theatre Arts from 1968 to 1982, and came out of retirement in the 1990s to serve as interim director of the School of Art and Art History and interim UI Provost. His scholarship and service have received myriad accolades, including several named in his honor—most notably, the Samuel L. Becker Communication Studies Building at The University of Iowa. 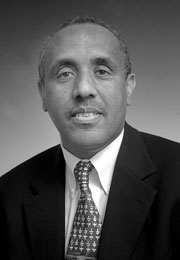 A leader in the field of atmospheric chemistry and physics, Solomon Bililign is a champion of international research collaboration between American and African scientists. Bililign, a professor of physics at North Carolina A & T State University, helped build the physics program there after joining the faculty in 1993. His current research program focuses on applied studies in atmospheric sciences, including vibrational overtone spectroscopy using cavity ring down spectroscopy and negative ion proton transfer mass spectrometry for atmospheric applications. His work has been funded by the National Science Foundation, including an NSF CAREER award, and a JILA visiting fellowship award. Bililign stepped down as department chair in 2007 to direct the National Oceanic and Atmospheric Administration-Interdisciplinary Scientific Environmental Technology Cooperative Science Center, a $12.5-million project devoted to atmospheric science and weather-related research involving 31 scientists, engineers, and meteorologists from eight institutions. A member of the Ethiopian Physics Society and the National Society of Black Physicists, Bililign is an advocate for attracting underrepresented groups to the environmental sciences. At North Carolina A & T, he developed an undergraduate geophysics track, pre-college programs for talented high school students, and summer workshops for earth science teachers. His dedication to teaching was recognized with a 2006 College of Arts and Sciences Teacher of the Year award at his institution. 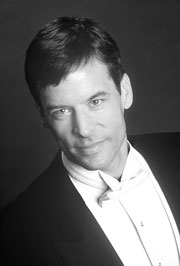 Scott Dunn’s career has taken him from the halls of medicine to Carnegie Hall and beyond. The conductor and pianist received his bachelor’s degree in piano performance in 1975, studying with John Simms in the School of Music. Dunn’s music career was placed on hold while he earned his MD degree from The University of Iowa in 1981, received board certification in eye surgery, and became a fellow in the American College of Surgeons. He continued to study music while in medical school and after starting his ophthalmology practice in Los Angeles. He began his professional music career in 1991 with a solo recital in L.A. Taking a hiatus from his full-time medical practice, Dunn earned his Master of Music degree from the Manhattan School of Music in 1996 and made his Carnegie Hall debut as a solo pianist in 1999, performing there again in 2001. Since that time, he has worked professionally as a conductor, pianist, and orchestrator, holding posts with the Music Festival of the Hamptons in Long Island, NY, Glimmerglass Opera in Cooperstown, NY, and the Pittsburgh Opera. He has served as associate conductor of the L.A. Philharmonic’s Hollywood Bowl Orchestra since 2007. An advocate of American music, he conducts and performs internationally and has recorded several acclaimed CDs. 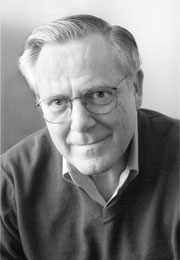 Eric S. Rabkin, Arthur F. Thurnau Professor of English Language and Literature at the University of Michigan in Ann Arbor, is a trailblazer in the study of science fiction and fantasy. He is a prolific scholar with more than 170 publications to his credit, including seminal works that have shaped the field. His research interests also include graphic narrative, culture studies, literary theory, composition, and humanities computing. He co-leads the Genre Evolution project at the University of Michigan, a pioneering research team that uses both qualitative and quantitative methods to study the evolution of American culture. Rabkin received the 2010 Science Fiction Research Association Pilgrim Award for lifetime contributions to science fiction and fantasy scholarship, a fellowship from the American Council for Learned Societies, and research funding from the American Philosophical Society. An innovative instructor, he has been honored with a number of teaching awards including the Golden Apple Award, given annually by students to the outstanding teacher at the University of Michigan. He is a popular lecturer, speaking to US and international audiences on topics including fantasy, science fiction, humor, fairy tales, administration, and information technology. Rabkin has also served as a consultant to over sixty publishers, journals, and other organizations and is the founder of Write On Target, a corporate communications consulting firm. 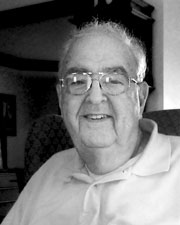 A passion for mechanistic and synthetic organic chemistry as a graduate student at The University of Iowa led Fred W. Raths to a long and successful career in the chemical sciences. Under the mentorship of Dr. Ralph Shriner in the Department of Chemistry, Raths received his M.S. (‘52) and Ph.D. (‘54) in chemistry. His graduate work included practical applications of synthetic organics; in his thesis, he described sending 50 grams of heptanediol to a U.S. Department of Agriculture laboratory for testing as a mosquito repellant. Raths began his professional career at Dow Chemical and moved to the newly-established Buckman Laboratories in 1958, where he researched novel chemical strategies to synthesize compounds that could be used to control the growth of microorganisms. Raths and his colleagues obtained 16 patents, many of them for the production of organic, sulfur-containing compounds for use as fungicides and pesticides. He retired from his position as Vice President of Operations at Buckman Laboratories in 1991. To honor his graduate advisor and mentor, Raths and his wife, the late Bonnie Raths, endowed the Ralph Shriner Graduate Fellowship Fund in the Department of Chemistry in the College of Liberal Arts and Sciences in 2000. The fund supports graduate students, primarily from the midwest, in the early stages of their graduate career.