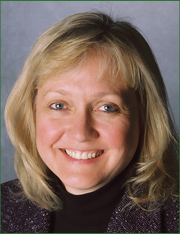 Carol A. Dahl is the Chief of Staff of the Global Health Program and Director of Global Health Technologies at the Bill and Melinda Gates Foundation. Dahl’s program makes grants to researchers tackling some of the world’s most devastating diseases such as AIDS, malaria, and tuberculosis. After completing a BA in 1977 from the Department of Zoology at Iowa, she earned a PhD from the University of Wisconsin-Madison in 1982. She received postdoctoral training at the Karolinska Institute in Stockholm, the Pasteur Institute in Paris, and the Immunobiology Research Center at the University of Minnesota. She was a faculty member at the Pittsburgh Cancer Institute and from 1990-2001 held various positions at the U.S. National Institutes of Health (NIH). During her tenure at the NIH, she helped establish the Office of Technology and Industrial Relations and served from 1998 to 2001 as its first director. She also was a program director for the Sequencing Technology Branch at the National Center for Human Genome Research. Just prior to assuming her position at the Gates Foundation, she was vice president for strategic partnerships at Biospect, Inc., a medical technology company. 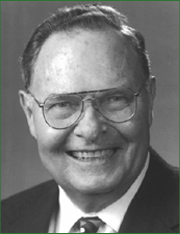 The founding chair of the Department of Statistics and Actuarial Science at Iowa, Robert V. Hogg taught at Iowa from 1948 until his retirement in 2001. At some point in his long teaching career, Hogg took to singing “Thanks for the Memories” at the end of every course and found a way to work his students’ names into the song. He made the study of statistics exciting to a whole generation of Iowa students. Hogg earned a BA in mathematics from the University of Illinois in 1947. In 1948 and 1950, he received respectively the MS and PhD from Iowa’s Department of Mathematics. In 1966, he was elected as a fellow of the American Statistical Association. In 1967, he also was elected as a fellow of the Institute of Mathematical Statistics. A leader in statistical research and education, he cowrote texts that have become classics in the field, Introduction to Mathematical Statistics (1959) and Probability and Statistical Inference (1977). Hogg has been recognized for his teaching skills many times. He received the Governor’s Science Medal for Teaching in 1990 and the Mathematical Association of America Award for Distinguished Teaching in 1992. 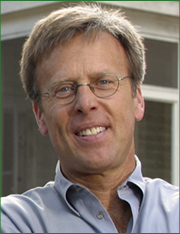 Recognized throughout the entertainment industry as one of the best producers in the business, Mark M. Johnson has an impressive number of films—more than 39—to his credit. The list includes Rain Man, which received the 1988 Academy Award for Best Picture; Bugsy, which in 1992 received the Golden Globe for Best Picture; Good Morning, Vietnam; The Natural; Avalon; Home Fries; Donnie Brasco; and The Chronicles of Narnia: The Lion, the Witch, and the Wardrobe. Johnson involves himself in all aspects of making a film, from acquiring and developing material to collaborating with the director and production staff. He describes filmmaking as a “painstaking process, working piece by piece until you put it all together.” Johnson earned an undergraduate degree from the University of Virginia in 1971 and received his MA in communication studies and theatre arts from Iowa in 1973. After a short stint in New York where he attended the Director’s Guild Training Program, he moved to Los Angeles and met his long-time business partner, Barry Levinson. Johnson and Levinson worked together on successful projects from 1982-1994. Branching out in 1994, Johnson formed his own independent company, Gran Via Productions. Johnson recently released a new film, The Chronicles of Narnia: Prince Caspian, the sequel to The Chronicles of Narnia: The Lion, the Witch, and the Wardrobe. 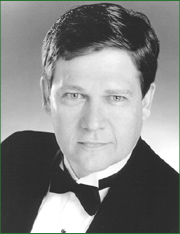 Voice—as science and as art—is Scott J. McCoy’s passion. A leader in the study of voice science, McCoy is Professor of Voice and Pedagogy, Director of the Presser Music Center Voice Laboratory, and Director of Graduate Studies at Westminster Choir College of Rider University. At Rider, McCoy developed a voice laboratory that has become a national model. In 2004, he wrote a multimedia voice science and pedagogy textbook, Your Voice: An Inside View, which has been adopted by institutions across the country. A founding faculty member in the New York Singing Teachers Association professional development program, he has also recently been named president-elect of the National Association of Teachers of Singing. He was elected to membership in the American Academy of Teachers of Singing in 2003. A professional operatic and oratorio tenor, McCoy has over eighty solo vocal roles to his credit. Before taking his position at Rider in 1997, McCoy was an associate professor of voice in the Iowa School of Music. He earned a BM in 1976, MA in 1977, MFA in 1983, and DMA in 1987, all from Iowa’s School of Music. 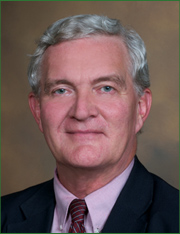 Expert in the Law and Economics of Asia
BA 1969
Classics