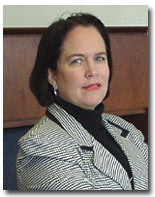 Jane Kelleher Fernandes earned her master's degree in 1980 and her PhD degree in 1986 in comparative literature. Her dissertation research focused on the linguistic form and social function of literature by deaf Iowans and was an interdisciplinary study that brought to light important storytelling traditions of a misunderstood and ignored cultural group. After graduating in 1986, Fernandes became the acting director and assistant professor of the Northeastern University American Sign Language Program. The following year, she joined Gallaudet University as chair of the department of sign communication. Gallaudet soon sent her to its Hawaii campus. For five of her seven years in Hawaii, she also served as the director of the Statewide Center for Students with Hearing and Visual Impairments, thus becoming the first Deaf woman in the United States to head a school for the Deaf. In 1995, Kelleher Fernandes returned to Gallaudet's Washington, D.C. campus to become vice president and director of the Laurent LeClerc National Deaf Education Center. In the spring of 2000, she became the provost of the university. Her impact at Iowa continues to be felt through the American Sign Language program and interdisciplinary Deaf Studies courses. 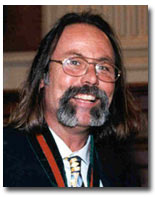 Since his graduate research some twenty years ago, James Gibson's scholarly efforts have cut to the heart of critical questions about the process of justice and political behavior in nations around the world. Currently the Sidney W. Souers Professor of Government at Washington University in St. Louis, Gibson earned his master's degree in 1973 and his Ph.D. degree in 1975 in political science. His dissertation research on judicial decision making in criminal courts set the stage for one career focus. Others have included the investigation of racial intolerance, shifting public support of the courts, and the role of local party organizations in American politics. Gibson joined the University of Wisconsin at Milwaukee in 1975 and the University of Houston in 1986. During his 13-year tenure at Houston, Gibson earned two distinguished professorships. He has been at Washington University since 1999. In collaboration with several Iowa faculty members, Gibson pioneered public-opinion research in Eastern Europe. In addition to an array of scholarly monographs, articles, and book chapters, Gibson also has created seven datasets that are archived and available to other scholars. 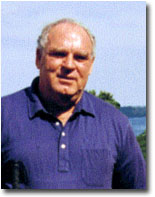 Reginald Golledge is renowned for his efforts to foster interdisciplinary research to benefit visually impaired individuals. Born and raised in Australia, Golledge journeyed to Iowa in the early 1960s to study geography. Golledge earned a PhD in 1966, and taught at Ohio State University until 1977. Since then, he has taught and conducted research at the University of California, Santa Barbara. Golledge is a pioneer in the behavioral approach to geography and a new sub-field, disabilities geography. His interests include spatial cognition, the acquisition and use of spatial knowledge across the life span, cognitive mapping, individual decision-making, household activity patterns, and gender issues in spatial cognition. His own expertise and collaboration with psychologists has led him to develop a Personal Guidance System, a portable system that helps visually impaired users navigate space. 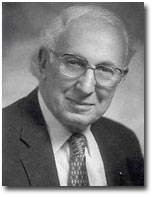 Robert J. Myers earned his master's degree in mathematics in 1934. Shortly after graduating at age 21, Myers joined the Economic Security Committee, which recently had been commissioned by President Franklin Roosevelt. When the committee established the Social Security Administration, Myers became one of the agency's actuaries. In 1947, he was appointed Chief Actuary, a position he held until 1970. During 1981-82, Myers served as Deputy Commissioner of Social Security. Through his 35 years of public service, Myers was instrumental in the design and funding of the Social Security system. A Fellow of both the Society of Actuaries and the Casualty Actuarial Society, Myers also holds the record for the number of times (175) he has testified before Congress. In 1994, the American Academy of Actuaries established the Robert J. Myers Public Service Award in recognition of his extraordinary lifelong public service. 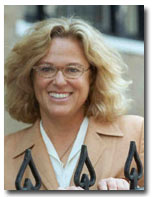 Iowa native Marcia Radosevich earned an MA in 1978 and a PhD in 1982 in sociology. She used her training in sociology as a springboard for her success. A specialist in health-care technology and information management, Radosevich became the chief executive officer, president, and chair of the board of HPR, Inc., an emerging company in health-care information technology in Cambridge, MA. Today she is a consultant to the Health Care Entrepreneurship Program at Boston University's Health Policy Institute. During the 1990s, Radosevich became an advocate of managed care alternatives--a role that landed her name in the pages of Newsweek, Business Week, and The Boston Globe. She also was a finalist--twice--for Inc. magazine's Entrepreneur of the Year award. Radosevich also serves on numerous boards and advises non-profit charitable organizations and entrepreneurial businesses. 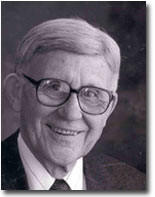 Sometimes a University of Iowa alumnus creates an impact that resonates throughout the institution and across generations. D.C. Spriestersbach is one of these remarkable individuals. "Sprie" earned his master's degree in speech pathology and audiology from Iowa in 1940 and his PhD in 1948. He joined the faculty in 1948 and quickly distinguished himself as a preeminent scholar in the study of cleft palate and related birth anomalies. His laboratory became the training ground for several generations of researchers, who themselves made significant contributions to their fields of study. In 1965, Sprie became Vice President for Educational Development and Dean of the Graduate College from 1965-1989. He focused his administrative efforts on developing the University into a major research institution. Knowing that great academic institutions balance science, the arts, social sciences, and humanities, Sprie championed such diverse efforts as the University of Iowa Press and the Technology Innovation Center. Today, he continues to be actively involved in the development of the University's Oakdale campus and the start-up companies nurtured there.