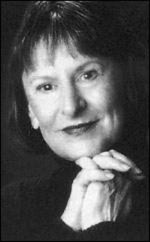 Linda was born in Detroit , Michigan to John and Hila Beth Cox. She attended The University of Iowa, from which she received her bachelor's degree in music and a master of arts degree in dance. She retired from the university with the rank of associate professor in June of 2004, after 38 years of teaching—twenty-seven of which were at the UI.

Linda made a career out of researching and teaching Labanotation, the art and science of dance notation. Certified by the Dance Notation Bureau as both a teacher and professional notator, Linda staged several reconstructions from Labanotation, several of which were performed in UI Dance Galas. Her works included "Six Fairy Variations," "Les Cygnets," Weidman's "Brahms Waltzes," Eglevsky's "Pas de Trois," Bournonville's pas de deux from "Flower Festival at Genzano," which was selected for the 1986 ACDFA adjudication, Judy Allen's "That All American Game," "Water Study" by Doris Humphrey, and Valerie Bettis' "Desperate Heart." She was also the author of four books, Ballet Center Work, threebythree, Ballet Barre Enchainements, and Ballet Barre and Center Combinations.

In addition to teaching beginning and advanced Labanotation, Linda also taught pointe and all levels of ballet and modern. She served as director of the UI Department of Dance Summer Workshop residencies, including the Joffrey Ballet, Alwin Nikolai, and Jacques d'Amboise. One her most challenging undertakings was auditioning, teaching, and directing the children's dances for the Joffrey Ballet's "Nutcracker Suite" during two of their seasons at Hancher Auditorium.

One of Linda's greatest joys was her interest in horses. Her palomino, Kit, has been donated to Miracles in Motion.

Linda is survived by her husband, Lyndon; her parents; her sister, Caren E. Cox; and her brother, Jeffrey R. Cox.

A memorial has been established in support of the Department of Dance, care of the UI Foundation. Memorials may also be forwarded to Iowa City Hospice or Miracles in Motion.