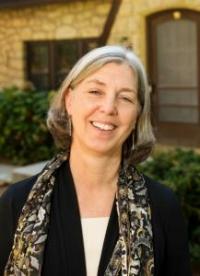 Teresa Mangum is a professor in GWSS and the Director of the Obermann Center for Advanced Studies. Her research and teaching focus on the ways literature and art, especially in nineteenth-century Britain, shaped readers’ understanding of women, of late life, and of connections between humans and other animals. She also writes and teaches about current issues: publicly engaged pedagogy, the place of service in an academic career, graduate student placement, and the digital humanities.

Mangum is the author of Married, Middle-brow, and Militant: Sarah Grand and the New Woman Novel (1998); editor of A Cultural History of Women: Volume 5: The Age of Empire, 1800-1920 (Berg 2013); and guest editor of special issues of Philological Quarterly, Nineteenth-Century Contexts, Victorians Periodical Review, and the Journal of Aging Studies. With Anne Valk of Brown University, she co-edits the book series Humanities in Public Life for the University of Iowa Press.