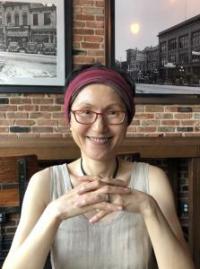 Hyaeweol Choi (pronounced Heh-Wall Che) is a professor of Korean studies, gender history and religious studies and holds the C. Maxwell and Elizabeth M. Stanley Family and Korea Foundation Chair in Korean Studies at the University of Iowa.

Her research interests are in the areas of gender, religion, food and body, and transnational history. She has published books and articles on such topics as the genealogy of modern womanhood in Korea, the historical development of the “New Woman” in colonial-era Korea, the evolution of the concept of "domesticity" within the context of encounters between Christian missionaries and women in Asia and the Pacific, and the impact of transnational mobility on gender norms and bodily practices. She is the author of Gender Politics at Home and Abroad: Protestant Modernity in Colonial-Era Korea (2020), New Women in Colonial Korea (2013), and Gender and Mission Encounters in Korea: New Women, Old Ways (2009), and the co-author of Gender in Modern East Asia: An Integrated History (2016) and the co-editor of Divine Domesticities: Christian Paradoxes in Asia and the Pacific (2014).

Her current research project, entitled “Food and the Politics of Domesticity in Global Korea,” examines the domestic as the confluence of the local, public, global and environmental structures, aiming to shed new light on everyday gender politics and performance through food ethics and practices in the current age of excess, inequality and ecological crises.