"There is a whole big world out there: Careers in Social Change Work"

Home » "There is a whole big world out there: Careers in Social Change Work" 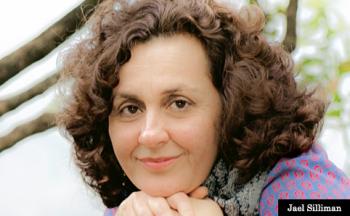 Jael Silliman has been an activist both in the US and international women’s health and reproductive justice movements. She was a program officer at the Jessie Smith Noyes Foundation, an early supporter of organizations of women of color. She was an associate professor of women’s studies at the University of Iowa, where she wrote about social movements, women’s health, and reproductive rights. Currently an independent consultant, for six years she was the program officer for reproductive rights in the Human Rights Unit at the Ford Foundation. Her books include Policing the National Body: Race, Gender, and Criminalization (2002), Jewish Portraits, Indian Frames: Women's Narratives from a Diaspora of Hope (2003), Dangerous Intersections: Feminist Perspectives on Population, Environment, and Development (1999), Undivided Rights: Women of Color Organizing for Reproductive Justice (2004), and The Man With Many Hats (2013), a novel. She is from India and is an immigrant to the US.  http://www.southendpress.org/authors/12