Join the department in celebrating the 50th Anniversary of Earth Day!

Full article from UI Center for Advancement is reprinted below. Find the original here.

In April 1970, UI students and faculty joined campuses around the nation to address an escalating crisis: a dying Earth. Their efforts gave birth to a lasting environmental movement that continues to fight for a cleaner, healthier planet.

Fifty years ago this month, University of Iowa students, staff, and faculty demonstrated their commitment to protecting, preserving, and restoring the planet for generations of Hawkeyes to come.

In the late 1960s, college campuses were a hub of activism and protest, largely motivated by opposition to the war in Vietnam. Students for a Democratic Society, the Women's Liberation Front, the Radical Student Association, and the Black Panthers were just a few of the chapters and groups active on campus during this time, formed in response to what was considered American imperialism, racism, patriarchy, and more. Students were more engaged than ever and eager to protect the natural world from the increasingly visible manifestations of a dying Earth—cans strewn about downtown, smokestacks obstructing their views, and the ever-present threat of the Iowa River's changing tide.

As the Hawkeye Yearbook lamented in 1970, "Ecology has become an issue of intense national concern. Although the University does not have crude oil slicks lapping at the banks of the Iowa River, students are showing concern for this pressing national problem. Those who drink the tap water drawn from the river are aware of the problem of agricultural wastes which pollute the water each spring, and the power plant's smokestacks belching smoke are a familiar campus sight. In the '70s increased awareness will hopefully be channeled into action."

In late 1969, the National Teach-In Office penned an "Open Letter to the Colleges of America" that was published in The Daily Iowan on December 30, 1969. Inspired by Senator Gaylord Nelson (D-WI), the National Teach-In Office urged campuses across the country to begin organizing for a nationwide teach-in to take place on April 22, 1970, focusing on environmental issues. This became the first Earth Day. The goal of the national teach-in was to bring together, for the first time, young people concerned about the environment and "present information, draw the issues, stimulate a plan for action, and demonstrate the strength of concern for a livable world."

The goals set forth in this letter were quickly taken up on the University of Iowa campus. By January 1970, a committee comprised of UI students and faculty formed Living Iowans for a Healthy Environment (LIFE) for the purpose of leading the April teach-in on pollution. In February 1970, the group began calling for student submissions of all kinds—including in the creative arts such as photography, poetry, painting, film, and dance. The goals of the UI Teach-In were to "educate the population on problems the nation is facing, to stimulate action to improve our environment, and to provide an overview of the complexities of problems in our environment and the need for American cooperation."

The Earth Day teach-in brought together a wide range of experts, activists, and community members to discuss the most pressing environmental issues. The schedule included coverage of air, water, and land pollution, pesticide use and agricultural waste, technology, law, and civic responsibility. One notable teach-in speaker was George Alexander, science editor of Newsweek, who spoke on "Pollution Media and Public Awareness." Alexander urged the national media to keep up "constant coverage" of environmental problems in order to prevent it from become "simply a fad."

In addition to the Teach-In, the first Earth Day at UI included a cleanup of the Coralville Reservoir, a Festival of Life "celebrating the beauties of life and mourning the destruction of our country from pollution," litter and can cleanup, and deterring automobile use. The can cleanup efforts produced nearly 20,000 cans collected at the Main Library in connection with Earth Day. According to the April 22, 1970, Daily Iowan, library staff reported about 300 books dealing with the environment were checked out in response.

Given the increased interest in the environment on campus, the University of Iowa administration and University President William Boyd responded by creating an Environmental Curriculum Steering Committee. The committee identified 111 existing courses "related to environmental and ecological studies," and supported the creation of new courses, such as Civil Engineering's "Man and His Environment" and "Technology and Responsibility." The steering committee was to oversee "the development of a new department or the development of a body to administer interdisciplinary environmental studies," as there was no dedicated environmental program at the time.

The spur of environmental activism during the first Earth Day did not cease after April 22, 1970. Numerous groups were established locally and coordinated their efforts in the summer of 1970 and aimed to educate their fellow citizens about "ecological problems and work for social, economic, legal, and political change." These groups of committed students and community members, including Citizens for Environmental Action, Citizens for Recycling, Project GREEN, and the Student Committee on Pollution Education, marched on in the name of the planet's future.

This generation of activists, inspired and invigorated by the first Earth Day, continued their fight for a better, healthier, and cleaner world—a fight that is carried on by today's new generation of dedicated and fearless climate activists. 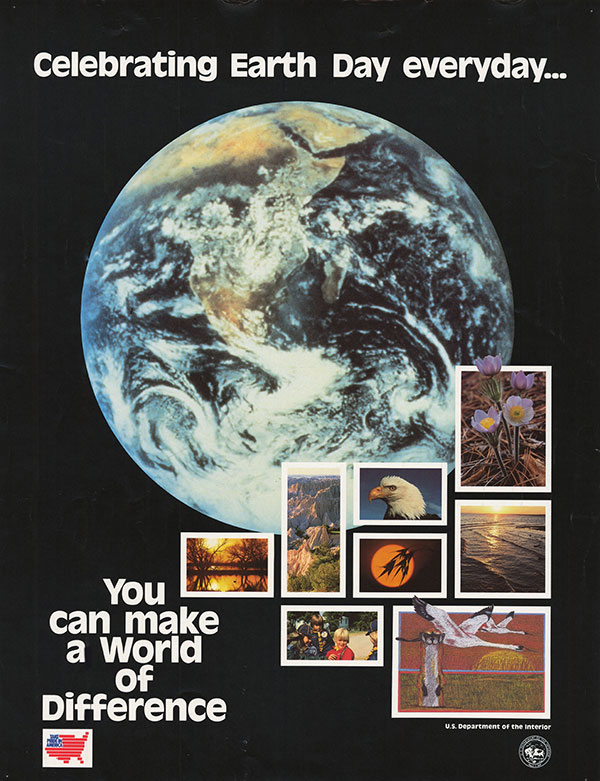