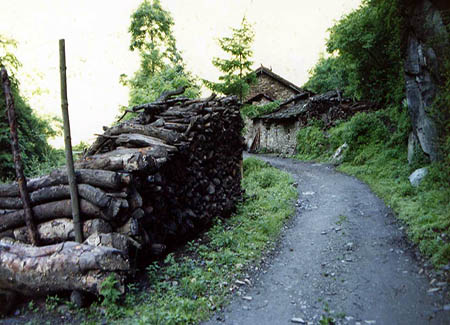 A household in the Niutoushan region of Wolong Nature Reserve

Accurate measures of human effects on landscape processes require consideration of both the direct impacts from human activities and the indirect consequences of the interactions between humans and the landscape. This is particularly evident in systems experiencing regular natural disturbances such as in the mountainous areas of southwestern China, where the remaining populations of giant pandas (Ailuropoda melanoleuca) are supported.

Here the spatiotemporal patterns of human impacts, forests, and bamboo episodic die-offs combine to determine the distribution of panda habitat. To study the complex interactions of humans and landscapes, we developed an integrated spatiotemporally explicit model of household activities, natural vegetation dynamics, and their impacts on panda habitat. Using this model we examined the direct consequences of local fuelwood collection and household creation on areas of critical giant panda habitat and the indirect impacts when coupled with vegetation dynamics. 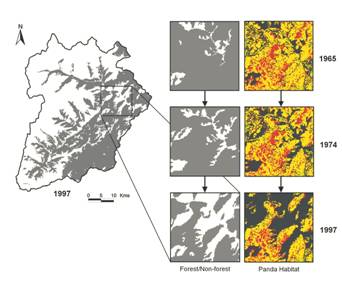 These data allowed us to estimate not only the quantity of changes, but also to examine the potential impacts from the timing and spatial arrangement of the changes (Linderman et al. 2005). Measures of habitat quality and landscape indices were used to asses the spatial implications of land-cover changes. To examine the interactions between households and the landscape, I developed a model to study the indirect impacts of the removal of forest cover on understory bamboo dynamics.

Bamboo species typically undergo a regular mass seeding and die-off event before returning to pre-die-off quantities and distribution. We found that the timing and spatial distribution of human impacts may have a considerable impact on this natural dynamic of bamboo species through the removal of forest cover and, consequently, species that rely on bamboo such as the giant panda (Linderman et al. 2006). 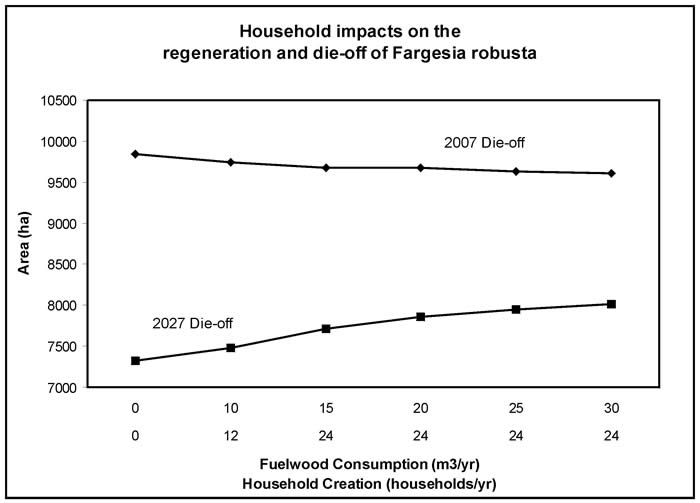 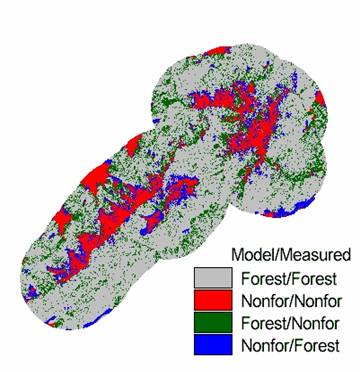 We are currently extending this work to examine the influence of feedback and the indirect effects of land use on ecosystem processes.