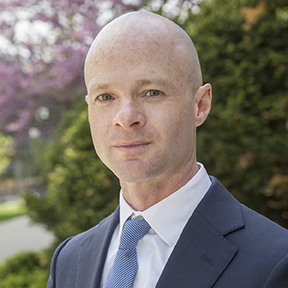 The University of Iowa has named Dr. Victor Ray, a sociologist and public scholar who publishes widely in the sociology of race and ethnicity, to the F. Wendell Miller Associate Professorship. Ray serves on the faculty of the Department of Sociology and Criminology and the African American Studies Program.

"Professor Ray is a recognized leader in a field that is still emerging and is evolving rapidly," Sanders said. "His work is at the forefront of helping our society grapple with fundamental questions of how perceptions and attitudes toward race and ethnicity shape our institutions, including right here at Iowa. I am delighted that Victor is on our faculty, and I look forward to learning of his work and accomplishments in the years ahead."

Ray’s research, which has received funding from the Ford Foundation, National Science Foundation, and other organizations, applies critical race theory to classic sociological questions, primarily organizational structures. He has helped shape his discipline through his scholarship, publishing regularly in influential journals such as American Sociological Review, Annals of the American Academy of Political and Social Science, and Ethnic and Racial Studies, among others. He has contributed chapters to edited books, written reviews of books by other scholars, and contributed entries for encyclopedias including the Wiley-Blackwell Encyclopedia of Race, Ethnicity, and Nationalism and Encyclopedia of Race and Racism, 2nd Edition.

A popular instructor at the undergraduate and graduate levels, Ray, who joined the UI faculty in 2019, teaches courses on race and ethnicity, and is frequently invited to deliver lectures at conferences and universities. He earned his PhD from Duke University, where he received the Dean's Award for Excellence in Mentoring.

In addition to his research and teaching, his public commentary appears in periodicals such as The Washington Post, Harvard Business Review, and Boston Review. When the Canadian Broadcasting Company produced a piece critiquing coverage of race and ethnicity in National Geographic, the network turned to Ray as a featured expert, and he has appeared on other radio and television programs, as well.

Ray has earned national recognition for his work. In 2020, he was the sole recipient of the Distinguished Early Career Award from the American Sociological Association Section on Racial and Ethnic Minorities, and he received the Junior Scholar Award from the Southern Sociological Society in 2019. His F. Wendell Miller Associate Professorship will become effective July 1, 2021.