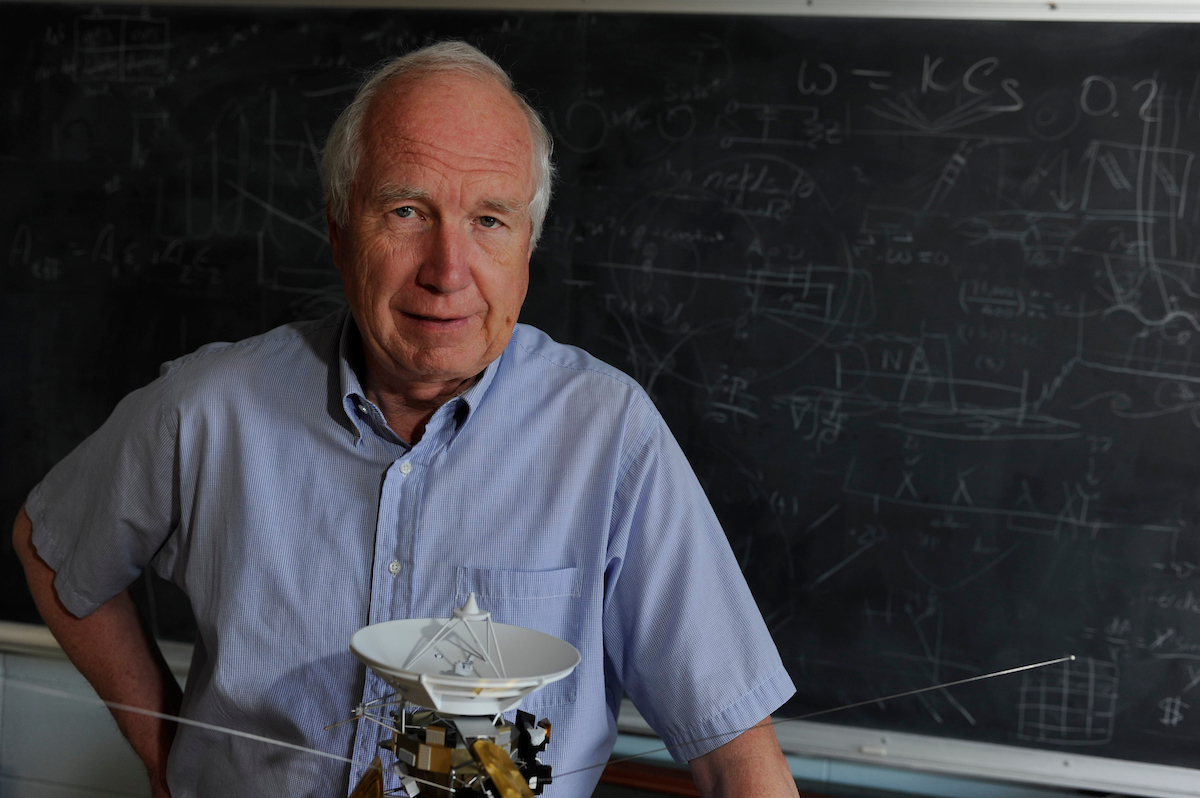 As reported in IowaNow last week, Donald Gurnett, legendary space scientist whose career as a student, teacher, and researcher at the University of Iowa spanned more than 60 years, died on Thursday, Jan. 13, 2022. He was 81.

At his core, Don was an Iowan. He learned electronics by building radio-controlled airplanes while living on his family farm in Fairfax. That experience earned him a job with James Van Allen and launched a career that reached literally to the edge of our solar system. Don was a fixture in our department and responsible for some of our greatest achievements. Don, himself, always stayed grounded. In his final years, he donated his family farm to endow the Donald A. and Marie B. Gurnett Chair which will continue his legacy. We will miss him dearly.

Craig Kletzing, Professor and Donald A. and Marie B. Gurnett Chair, Physics and Astronomy

Don was an exceptional space physicist and was always game for a conversation on physics. We had many long conversations in both his office and mine on a myriad of topics.  These discussions were both fun and productive - I learned a lot.  Don carried on the Van Allen tradition in our department and will be greatly missed.

The role that Professor Gurnett played in building the legacy of space physics at Iowa cannot be overstated.  From working alongside James Van Allen as a student here to designing instruments for NASA missions over the last half-century that expanded what we know about the solar system, Don became a pioneer in his field and a beloved colleague and mentor on campus.  His absence will be felt deeply by all of us, but his life will be an inspiration to students and scientists for generations to come.

Read more about Don Gurnett’s remarkable career at the University of Iowa: