She has curated a new exhibition in Madrid on the era's women writers, and released a new edition of a play by a 17th-century Spanish playwright
Wednesday, June 17, 2020 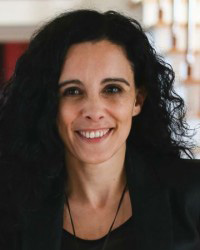 Ana M. Rodríguez-Rodríguez is playing a prominent role in bringing to light the work and legacy of women writers during Spain's "Golden Age," a period of flourishing in arts and literature in Spain in the 16th and 17th centuries.

She has curated a groundbreaking exhibition, "Both Wise and Valiant," in Madrid, Spain. The exhibition has captured the interest of the Spanish, and Spanish literature enthusiasts worldwide, as they take a fresh look at the nation's Golden Age. It elevates and celebrates the often-overlooked literary canon of Spanish women who wrote around the same time as literary giants such as Miguel de Cervantes.

Presented at the Instituto Cervantes and cosponsored by Spain’s National Library, "Both Wise and Valiant" opened on March 5 and then shut down and moved online when the global coronavirus pandemic hit. It will now reopen on June 18, and run until September.

In connection with the exhibition, Rodríguez-Rodríguez also just released a new critical edition of a play by one of the writers featured in the exhibition, Ana Caro. The new book, an examination of Valor, agravio y mujer (Courage, Betrayal, and A Woman Scorned), was released this month, and has been covered widely in the Spanish press.

Check out this article in The Guardian about "Both Wise and Valiant," a groundbreaking exhibition in Madrid, Spain, that recasts the history of Spain's Golden Age by highlighting women's contributions. The exhibition was curated by Ana Rodríguez-Rodríguez of the Department of Spanish and Portuguese.

Listen to a national radio interview on The World from PRI.

Rodríguez-Rodríguez specializes in early modern Spanish literature. She has published articles on a variety of topics, such as Christian-Muslim relations in the Mediterranean, women’s writing, and the Asian Spanish empire. In 2013, she published a book exploring Spanish captivity writings during the 16th and 17th centuries (Letras liberadas. Cautiverio, escritura y subjetividad en el de la época imperial española. Madrid: Visor Libros). She has published a monograph about the Philippines during Spanish colonial rule of the archipelago; a critical edition of the Libro de cassos impensados, by Alonso de Salamanca; and a critical edition of Valor, agravio y mujer, a play by 17th-century Spanish writer Ana Caro. She is the recipient of the 2019-20 International Engagement Teaching Award, awarded jointly by the University of Iowa College of Liberal Arts Sciences and UI International Programs.