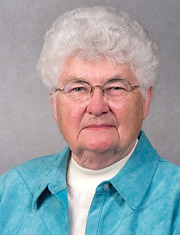 N. Peggy Burke, UI Associate Professor Emerita of Health and Sport Studies, has spent a life in service to the principles of women’s and human rights, civic engagement, and social consciousness that defined her academic career. Since 1957, she has been actively involved in the promotion of women in sport, receiving for these efforts a Pioneer in Women’s Sports Award from the Women’s Sports Foundation, a National Association for Girls and Women in Sports Pathfinder Award, and a National Association of Collegiate Women Athletics Administrators Lifetime Achievement Award, among other honors. Her scholarship produced numerous articles and book chapters on the history of women in sport and the impact of Title IX, the Equal Opportunity in Education Act. In addition to chairing her department from 1978-87, Professor Burke was a faculty leader on countless boards and councils, including the College’s Educational Policy Committee and Executive Committee and the UI Faculty Senate, where she was the second elected female president. In 1990, she was honored with The University of Iowa Award for Faculty Excellence in Service to the University and State of Iowa. She retired in 1996, after more than thirty years on the College’s faculty. Since, she has continued to volunteer her talents. For her work with the National Disaster Services of the Red Cross, she received from Governor Tom Vilsack an Iowa Heroes Award. 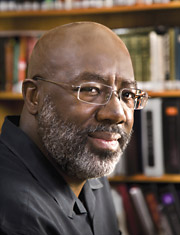 Don L. Davis is Founder and Director of the The Urban Ministry Institute of World Impact, Inc., a faith-based organization dedicated to working with poverty-stricken inner-city populations. In leading the Institute and overseeing its satellites, located worldwide and in prisons as well as seminaries, he educates people for ministry and grass-roots activism promoting social and economic justice. He also serves as World Impact’s Vice President of Leadership Development. An ordained minister, Dr. Davis has delivered many talks and lectures on theology and ethics as well as taught at the Houston Graduate School of Theology, St. Ambrose University, and Wheaton College, where he earned his BA and MA. As a graduate teaching assistant at Iowa he was honored with the Department of Religious Studies’ Arthur Steindler Award. He also served on several UI committees supporting minority student and faculty recruitment, placement, and academic performance. For his campus leadership in advancing human rights, he was recognized by the Iowa Civil Rights Commission with the Philip G. Hubbard Human Rights Award. Upon completion of his thesis, Black and Human: Rediscovering King as a Resource for Black Theology and Ethics, he returned to his home of Wichita, Kansas, where he had begun his community outreach and service work, in order to reconnect with his ambition to advocate for the poor. 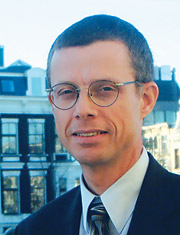 Stephen V. Faraone is a leading authority on the genetics of psychiatric disorders. Funded by such agencies as the National Institute of Mental Health and the US Department of Veterans Affairs, his research has applied behavior genetic methodology to the study of schizophrenia and mood disorders, and more recently, molecular genetic methodology to problems of attention and substance abuse. His work in the area of Attention Deficit Hyperactivity Disorder has found support for the disorder’s diagnosis in adults and brought him the distinction of being the literature’s second-highest cited author. After earning his PhD from The University of Iowa, Dr. Faraone completed an internship and research fellowship at Brown University and went on to join the faculty of Harvard Medical School, where he served for twenty years. In addition, he has held visiting professorships at Stanford University, the Norweigan Centre for Advanced Study, and the University of Nebraska. At Massachusetts General Hospital, he was Director of Research in Pediatric Psychopharmacology. In 2002, he was inducted into the Children and Adults with Attention Deficit/Hyperactivity Disorder Hall of Fame in recognition of his outstanding achievement in medicine and education research. He is the recent recipient of a President’s Award for Excellence and Leadership in Research from SUNY Upstate Medical University, where he is Professor of Psychiatry and Neuroscience & Physiology. 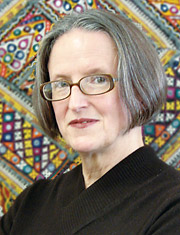 As an undergraduate studying Sanskrit at The University of Iowa, Martha Ann Selby discovered a talent for translation. She developed that passion through graduate work at the University of Chicago, where she was mentored by the late poet and scholar A.K. Ramanujan and began an exploration of classical Indian poetry that would contribute to her first book, Grow Long, Blessed Night, an annotated anthology of love poems. Now on the faculty of the University of Texas at Austin, Professor Selby is widely known and revered within the field of South Asian Studies for her scholarship and translations. She is the recipient of prestigious national grants and fellowships from the Guggenheim Foundation, the National Endowment for the Arts, the American Council of Learned Societies, and the National Endowment for the Humanities. She has also been a Radcliffe Fellow at Harvard University, a Dharam Hinduja Fellow at Columbia University, and a Fellow of the École des Hautes Études en Sciences Sociales in Paris. Her other completed works include the co-edited volume Tamil Geographies and A Circle of Six Seasons, an anthology of Old Tamil, Prakrit, and Sanskrit verse published by Penguin. Currently, she is researching Sanskrit Ayurvedic medical texts for a study on constructions of gender and femininity, as well as translating the Tamil erotic anthology Ainkurunuru and a volume of Prakrit couplets. 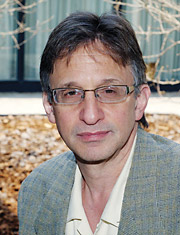 A pioneering psycholinguist, Professor Michael Tanenhaus advanced what is now the leading theoretical model of language comprehension. While the standard model assumed that units of sound are processed piecemeal, building incrementally to form one meaning, Tanenhaus proposed that not only do listeners interpret sounds before they are complete, but consider multiple meanings in parallel before reaching a final understanding. To study spoken language and reading comprehension in real time, he and his team were the first to systematically utilize technology tracking movements of the eye. Their influential research received support from the National Institutes of Health and the National Science Foundation. The co-editor of three books and author of articles uniquely wide in scope, Tanenhaus is also a sought-after lecturer. He is a Fellow of the American Association for the Advancement of Science, the Association for Psychological Science, and the Cognitive Science Society. At the University of Rochester, he is the Beverly Patterson Bishop and Charles W. Bishop Professor of Brain and Cognitive Sciences and Director of the Center for Language Sciences. A celebrated mentor, he is the recipient of his university’s Excellence in Graduate Teaching award. His career began auspiciously at The University of Iowa, where he won the Outstanding Senior Achievement Award and earned his degree with the Highest Distinction and Special Honors in Speech and Hearing Sciences.