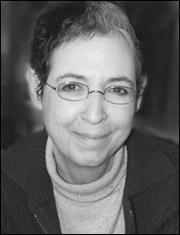 Susan Gubar wrote her English dissertation on “Tudor Romance and Eighteenth-Century Fiction,” but instead of remaining in a traditional literary field, she entered the then-emerging field of Women’s Studies and quickly became a key writer in “second wave” feminism. Her groundbreaking work with Sandra Gilbert began with The Madwoman in the Attic: The Woman Writer and the Nineteenth-Century Literary Imagination, which was followed by their critical trilogy, No Man’s Land: The Place of the Woman Writer in the Twentieth Century. Their co-edited Norton Anthology of Literature by Women, first published in 1985, is now in its third edition. Professor Gubar’s other books include Racechanges: White Skin, Black Face in American Culture, which explores the centrality of cross-racial masquerade in American fiction, photography, painting, and film, and Poetry After Auschwitz: Remembering What One Never Knew, which presents the work of poets from the 1960s to the present who have faced the personal, political, ethical, and aesthetic consequences of the Holocaust. This year, she will publish what she has called "an eccentric biography" of the apostle Judas. In addition to accolades for her scholarly work, Professor Gubar has received many awards for her teaching, including a Faculty Mentor Award from Indiana University's Graduate Professional Student Organization. She is currently Distinguished Professor of English and Women's Studies at Indiana University–Bloomington. 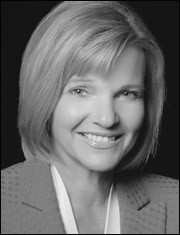 Choosing an undergraduate double major, in both communication and theatre arts and journalism, is symbolic of how Elizabeth A. Mathis has lived her life—with an eagerness to learn as much as possible. She has also always welcomed new experiences. In 2007, she began a new career as Vice President for Community Relations for Horizons—A Family Service Alliance in Cedar Rapids, Iowa. This non-profit agency offers assistance— including mental health counseling for children and adults, consumer credit counseling, and transitional housing programs for abused children—to people who are struggling with difficult and complex issues. Before joining Horizons, Mathis worked for 16 years in broadcast journalism at KWWL-TV in Waterloo, where she was executive producer and the first female co-anchor of the evening news. She also has been a co-anchor and reporter at KCRG-TV in Cedar Rapids. In addition to her journalism and broadcasting career, Mathis was a teacher. At Iowa’s Wartburg College, she was head of the Communication Arts Department, and she also has been a visiting assistant professor in the School of Journalism and Mass Communication at The University of Iowa. Mathis also has supported the School of Journalism and Mass Communication as a member of the campaign committee, which helped successfully raise $6 million. She continues to serve on the School’s Professional Advisory Board. 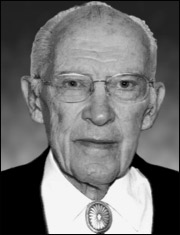 Chemists are not always recognized for the role they play in making our 21st century life-style possible. Chester M. McCloskey is one of the chemists to whom we have a particular debt. After his graduation from The University of Iowa, he taught at the California Institute of Technology, and published significant papers on organic peroxides and related chemicals. In 1953, he left Caltech to create Norac, Inc. As president, he continued to lead research and development projects, and is the holder of many patents. His team at Norac developed a sophisticated ketone peroxide manufacturing process that remains the most efficient and technically-advanced in the industry. For more than 50 years, he worked on chemical-related fire safety issues, and his paper “Safe Handling of Organic Peroxides” was crucial in establishing industry-wide standards. Norac has plants in California, Arkansas, and Sweden. It is the leading supplier of ketone peroxides and metallic stearates in North America. These sometimes dangerous but very important chemicals are used throughout industry to, as the company says, “upgrade your process or product from good to excellent or from excellent to outstanding.” A subsidiary, Norac Pharma, creates small molecule active pharmaceutical ingredients that are used in a wide variety of therapies. Throughout his career, Dr. McCloskey has also been involved in civic activities and in supporting academic institutions. 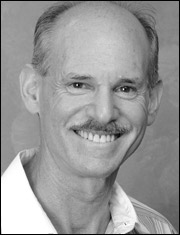 Professor L. Nathan Oaklander came to The University of Iowa in 1967 as an undergraduate. He received his BA in philosophy and then spent a year at Ohio State before returning for his MA and PhD studies. As a graduate student, he worked closely with Professor Gustav Bergmann, a major voice in the development of logical positivism and the philosophy of language. Professor Oaklander was Bergmann’s last PhD student, and over the years his own work has both challenged and extended Bergmann’s ideas, especially in the study of the philosophy of time. Professor Oaklander is the editor of the four-volume collection, The Philosophy of Time: Critical Concepts in Philosophy. He has written and edited numerous other books and collections, articles, and reviews, in several different areas of philosophy and for audiences ranging from other philosophers to undergraduates. He is the David M. French Distinguished Professor of Philosophy at the University of Michigan, Flint, and has served as chair of his department and has lectured as a visiting fellow at the University of Cambridge. He has won many awards for his scholarship and his teaching has been recognized by the Student Government Council at Flint. He is currently the president of the Society for the Philosophy of Time and of the Flint chapter of the American Association of University Professors. 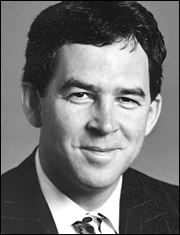 After graduation from The University of Iowa, John E. Osborn worked on budget policy issues for the U.S. Congress. He earned a law degree from the University of Virginia and an MA in international studies from Johns Hopkins University. For many years, Osborn has alternated work in the public sector with work in private business. He was a special assistant in the U.S. Department of State and, after leaving government in 1992, he worked in the pharmaceutical industry. His legal work has earned him a place as one of the Lawdragon 500 Leading Lawyers in America. His interest in public policy and international affairs has led him to terms as Eisenhower Fellow to Northern Ireland and visiting scholar in East European Studies at the Woodrow Wilson International Center for Scholars in Washington. After his retirement from the biopharmaceutical company Cephalon (where he was Executive Vice President and General Counsel), Osborn accepted an appointment as a visiting fellow with the Centre for Socio-Legal Studies at the University of Oxford. He also will serve as an advisor on life sciences regulatory and compliance matters to the international consulting firm McKinsey & Company, Inc. Throughout his career, he has kept close ties to The University of Iowa and has served on the Dean’s Advisory Board of the College of Liberal Arts and Sciences. 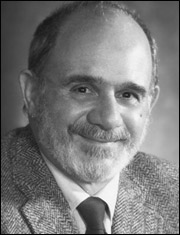 Lloyd H. Rogler, Albert Schweitzer Professor Emeritus of Fordham University, continues to make contributions to sociology, psychology, and other fields. His most recent book, Barrio Professors, was published in spring 2008. In it, he explores the clash between scientific models and local experience and the relationship between researcher and community. Like many of his previous books and articles, his central focus is the power of culture, especially in the Latin American and Puerto Rican communities, and on the particular challenges of mental health issues in these communities. Professor Rogler was one of the pioneers of culturally sensitive psychotherapy and his research remains important to researchers in many fields. Over his long career, Professor Rogler taught in universities and colleges, and served on a number of national and local public policy committees. Among his many awards are the 1981 New York Society of Clinical Psychologists’ Eugenio Maria de Hostos and Jose Marti Award; the 1981 University of Iowa Alumni Association's Distinguished Alumni Award for Achievement; and the American Psychiatric Association’s 1996 Simon Bolivar Award. When awarding him its 2002 Distinguished Career Award for the Practice of Sociology, the American Sociological Association noted that “for more than forty years he has contributed to the practice of sociology as a teacher, researcher, and public servant. Rogler personifies the distinguished practice of sociology."