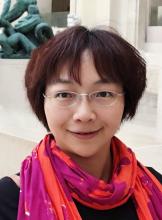 Shuang Chen received her B.A. and M.A. in history from Peking University, and Ph.D. degree in history from the University of Michigan. She joined the Department of History in 2010. As a historian of late imperial and modern China, her research interest encompasses social, economic, and political history, with an emphasis on exploring how the interplay of state and local institutions over the long term shaped modern Chinese society.

In her work, Shuang Chen applies a mixture of qualitative and quantitative methods to central and local county archival documents such as memorials, edicts, and court cases as well as a large number of population and land registers. Her book, State-Sponsored Inequality: The Banner System and Social Stratification in Northeast China (Stanford University Press, 2017), explores the social economic processes of inequality in nineteenth- and early twentieth-century rural China. In addition, she has also published a set of articles and book chapters on the interaction between demographic behaviors, social stratification, and institutional context under the setting of frontier settlement. Her developing project is on changes in the concepts and customs surrounding property rights in Manchuria in late Qing and the early Republic, when the state land in this area was privatized.

2013, The Flexible-load assignment, University of Iowa.