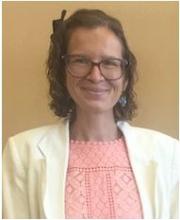 Dr. Rachael L. Pasierowska completed her dual Ph.D. at Rice University, Texas, and the Universidade Estadual de Campinas, Brazil, in History specialising in animal and slavery studies. Her research focusses on the interactions between enslaved Africans in the 19th-century Atlantic world (Brazil, Cuba, and the U.S. South) and animals. She is especially interested in comparative studies of slavery across the Atlantic World and enslaved Africans’ identities and thought processes. Her research also encompasses environmental history, medical history, and the cosmological worlds of enslaved Africans. She graduated with a Masters of Science from the University of Edinburgh, Scotland, in Slavery and Forced Labour.

Rachael has been awarded fellowships from all over the U.S., including the American Antiquarian Society, the American Philosophical Society, The Huntington, and The Smithsonian. She has presented at tertiary institutions from across three continents in both English and Portuguese. She is the author of several articles and is working on her first book project that explores animals and slavery in a comparative Atlantic context.