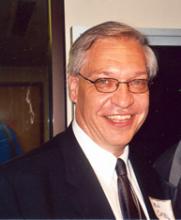 Our friend and colleague Kenneth Cmiel passed away on February 2, 2006.

Ken Cmiel was a brilliant scholar whose capacious interests ranged from pop music to global human rights. His first book, Democratic Eloquence: The Fight Over Popular Speech in Nineteenth Century America, explored battles over refining and confining the English language in education, politics, philology, and the popular press. A “learned, imaginative, and very important work of cultural history,” as one review noted, “the most sophisticated and most revealing exploration yet into the complex and tangled relations of ‘high’ and ‘low’ culture in the United States.” His second book, A Home of Another Kind: One Chicago Orphanage and the Tangle of Child Welfare was a “militantly minimalist” shot across the bow of the scholarship on the welfare state; an incisive and heartbreaking examination of social policy as it played out in one institution. More recently, Ken had turned to the global idea of human rights – an intellectually and geographically expansive project that, though now tragically unfinished, has nevertheless made an important impact.

Ken was, without pretence, and in the fullest sense of each word, a scholar and a citizen. His leadership of the University of Iowa Center for Human Rights underscored his determination to understand the world around him, and to change it for better. As a friend and colleague, he was a man of unbridled generosity and extraordinary humility. Behind his Cheshire-cat grin lay both a boundless enthusiasm for the human elements of academic life, and a deep cynicism for the “chore of professional posturing.” In a candid reflection on his profession, Ken captured his own intellectual journey, and offers the rest of us a roadmap for carrying on:

Teach classes that are meaningful to you and that engage that portion of your students that are reachable. Ignore, in other words, the very idea of professional wisdom. Only write what you want to write. Once you have job security (which I know is a huge barrier) don’t write if you don’t want to. Write for media directed at non-historians, whether that be the local newspaper or fancy national magazines. Write for other academic disciplines. Explore other media than the printed word. Ignoring what the profession rewards might very well be a mark of sanity at the close of the twentieth century.

In April 2000, Ken participated in a symposium at the Library of Congress: Poetry and the American People: Reading, Voice, and Publication in the 19th and 20th Centuries.  A “cybercast” of this event is archived at http://www.loc.gov/locvideo/cybercast/.  Ken’s contribution starts about a minute and a half into the video; he speaks for about 15 minutes, and it is very much Ken.

"The Emergence of Human Rights Politics in the United States," The Journal of American History, Vol. 86, No. 3, The Nation and Beyond: Transnational Perspectives on United States History: A Special Issue (December 1999), 1231-1250.