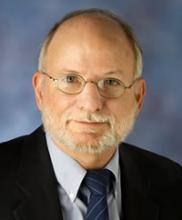 Jeff treasured his Texas roots and subscribed to his hometown newspaper for his entire life. During one college summer, his experience as a Southern Baptist missionary in Vietnam transformed his political and religious views. In the 1980s, he joined the Society of Friends (Quakers) and was an active member of the Iowa City Friends Meeting.

During his graduation from Rice University, Jeff gave an anti–Vietnam War address, a sharp shift from his family’s political stance. After earning his PhD from Harvard University in 1978, he joined the University of Iowa (UI) history department, where he remained until his death. His first book, The English Churches in a Secular Society: Lambeth, 1870–1930 (Oxford Univ. Press, 1982), is a detailed social and institutional history of the declining importance of churches but persistence of diverse religious faiths in a pluralist marketplace of ideas. Here he embraced a large question that would continue to inform his scholarship: his challenge to the idea that modernity deprived religion of social force. “I learned from him,” a former student observed recently, “to think about religion as a category of analysis,” along with categories such as race, class, and gender.

Jeff’s intellectual curiosity knocked over arbitrary disciplinary boundaries. For Imperial Fault Lines: Christianity and Colonial Power in India, 1818–1940 (Stanford Univ. Press, 2002), he learned Hindi and Urdu and revealed that British missionary hospitals, schools, and other institutions in India were likely to be multiracial institutions, empowered by white missionary women and nonwhite female and male converts. Often from lower and untouchable castes, these converts found dignity in Christian belief. Jeff examined what he called “the uneasy and unpredictable relationship between the British empire and British religion” in The British Missionary Enterprise since 1700 (Routledge, 2008). Over the years, he was a major facilitator of international inquiry into problems of religion and empire, the processes and scope of secularization, and the place of Western religion in the cultural contexts of colonial and postcolonial societies. At the time of his death, Jeff was working on a comparative analysis of religious education in the United States, the United Kingdom, and Germany.

As a teacher, Jeff’s commitment to sustaining and revising the large survey course for undergraduates (most recently titled The West and the World) was exemplary. He understood the value of introducing undergraduates to the history of the modern world and teaching them the historical literacy that would serve them well as citizens in a democratic society.

Integral to Jeff’s work as a scholar and teacher was his civic activism within the university and the wider community. As department chair, he nurtured the mutual respect, intellectual curiosity, and disdain for hierarchy that had long characterized the department. As president of the faculty senate, he defended academic freedom, genuinely shared governance, and argued against arming campus police. As a leader in the UI chapter of the American Association of University Professors, Jeff supported colleagues who experienced unfair promotion review. His energy was central to town–gown progress in treating student alcohol abuse as a health, not criminal, problem, and he was a forceful advocate for state funding of public higher education.

Jeff also had a prominent and influential voice in the community. As chair of the Johnson County Democratic Party, he tirelessly recruited candidates for local office, and his vision for progressive change contributed to making Iowa City a better place for over 40 years. He co-edited a widely read statewide newsletter, The Prairie Progressive, and he helped persuade Bernie Sanders to make his 2016 presidential run in the Iowa caucuses. Jeff’s final essay, “The Disastrous Iowa Caucuses Were Just the Beginning,” was published posthumously in The Nation.

Jeff’s children, Eleanor (Flossie) Cox and David Cox, survive him, as does his wife, Lois Cox, professor of law at the UI College of Law. At their wedding 48 years ago, Matthew Arnold’s “Dover Beach” was read by a friend; at his memorial in February 2020, Lois bravely recited it alone.