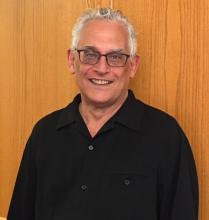 Allen Steinberg taught on the social history of law and politics. His more specific interests are the evolution of urban criminal justice systems and the relationship between people and the state, broadly defined. His first book, The Transformation of Criminal Justice, explored how informal, neighborhood courts in Philadelphia were supplanted in the mid-nineteenth century by a formal justice system dominated by city police and a public prosecutor. Allen Steinberg has been awarded fellowships from the American Council of Learned Societies, the National Endowment for the Humanities, and the American Philosophical Society. He received his PhD from Columbia University in 1983.  Allen had a wide-ranging teaching interests. He taught various courses on late nineteenth-century and early twentieth-century United States and a popular class on Vietnam as portrayed in movies from the 1940s to the present. He regularly taught two undergraduate lecture courses on the history of American society from 1750-1920. He has also taught on the history of civil liberties in America, the history of the American underworld, and the social history of the American city.