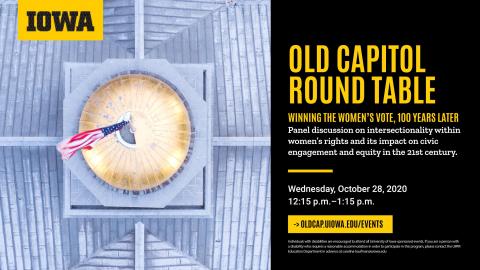 To commemorate the 100th anniversary of the passing of the women's right to vote, the Old Capitol Museum invites you to our first virtual exhibition round table session. Join us as we bring together leading voices to discuss the intersectionality of women's rights, equity, and civic engagement in the 21st century. Together, the women of influence featured on our panel will engage in roundtable conversation on the historical meaning of the 100th anniversary of the 19th Amendment and its relevance today and in the future.

We are excited to host a lively discussion with leading women in the field of public service, social justice and community development. Our panel includes: