Home » The Future of Academic Freedom

The Future of Academic Freedom 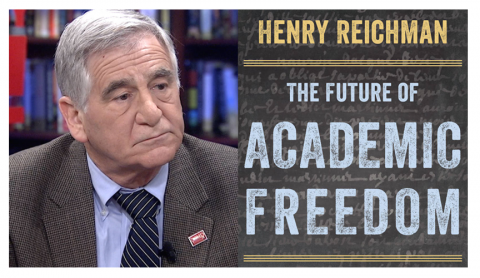 In the wake of the 2016 election, challenges to academic freedom have intensified, higher education has become a target of attacks by conservatives, and issues of free speech on campus have grown increasingly controversial. In this book, Henry Reichman cuts through much of the rhetoric to issue a clarion call on behalf of academic freedom as it has been defined and defended by the American Association of University Professors (AAUP) for over a hundred years. Along the way, he makes it clear that this is the issue of our day.

Henry Reichman is emeritus professor of history at California State University, East Bay, and chair of the AAUP's Committee on Academic Freedom and Tenure.