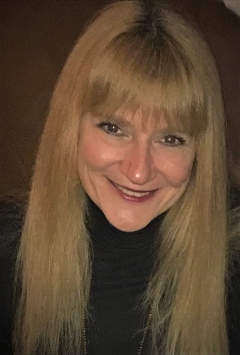 Cinda earned her PhD in English from the University of Iowa in 2001 and is an Associate Professor of Instruction in the Rhetoric Department and director of the UI Speaking Center. Her scholarly interests include critical thinking, uses of propaganda, hypertext fiction and theory, disjunctive poetry and prose, composition, speech, and academic freedom. Her faculty teaching awards include a Hubbard-Walder Award for Excellence in Teaching (2021), President and Provost Award for Teaching Excellence (2015), a CLAS Collegiate Teaching Award (2013), and an International Advocate Award (2013-4). She was named the inaugural CLAS Dean’s Distinguished Lecturer for calendar years 2015-2016.

Since joining the Rhetoric faculty in 2001, Cinda has taught many Rhetoric courses, led the Department's teaching practicum (PDP), tutored in and directed the Writing and Speaking Centers, served as an IDEAL-affiliated faculty member, acted as a commenting mentor for the Undergraduate Fellows program, and served as a teaching advisor to TAs in the Department. Cinda also teaches Guided Independent Study Rhetoric courses for the UI Division of Continuing Education, has taught Rhetoric to students from China and Hong Kong in the Belin-Blank Summer BESTS program, and edited for IIHR-Hydroscience and Engineering from 2005-2015.