Thank you, Dr. Abdullah for a great talk!  View the video on our YouTube page.

Seeing Invisible Worlds, and Why it Matters:
A Black Mecca Book Talk 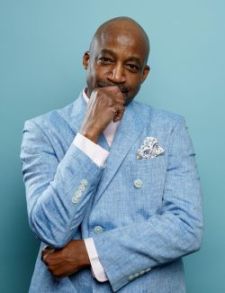 Join us for a very exciting virtual event featuring Dr. Zain Abdullah, one of the most prominent scholars in the United States in the fields of African American Religions and Islam in America.  Dr. Abdullah will be speaking on his important book, “Black Mecca: The African Muslims of Harlem”, and discussing how his research reveals the unseen aspects of religion, race and ethnicity.

Bio:  Zain Abdullah is an award-winning scholar and Associate Professor of Religion & Society and Islamic Studies at Temple University. He earned his doctorate in cultural anthropology from the New School for Social Research in New York City. His first book, Black Mecca: The African Muslims of Harlem (Oxford University Press), has received over a dozen published reviews, and his articles have appeared in the Journal of the American Academy of Religion, the Journal of History and Culture, African Arts, Anthropological Quarterly and other periodicals. Professor Abdullah has been quoted in media outlets such as the New York Times, The Washington Post, The Atlantic magazine and has appeared on NPR, Live at the Apollo Theater, television talk shows and other media programs. He has earned awards from the Smithsonian Institution, where he serves on the International Advisory Board for traveling exhibits. He has lectured widely, curated exhibitions and contributed to programs at the Children’s Museum of Manhattan, the Museum of the City of New York, the Asia Society and Museum, the Newark Black Film Festival, the New Jersey Performing Arts Center, the International Festival for Arts and Ideas (New Haven, CT), and various programs sponsored by the National Endowment for the Humanities and the US State Department.

In his public life, he has organized national conferences on public issues such as Black males and crime, worked as a Muslim Chaplain for the New York and New Jersey departments of corrections, and served on the NJ Attorney General’s Stop Hate Crimes Committee, earning him the New Jersey State Assembly Resolution in recognition of distinguished service, leadership, and commitment on behalf of the citizens of the State. In 2017, he was inducted into the East Orange Hall of Fame among luminaries like Queen Latifah, Dionne Warwick, John Amos, Naughty by Nature, and the late Whitney Houston.

In addition to editing a Routledge volume of 43 chapters on Islam and race worldwide, Zain recently edited a special issue on Black Muslim art and visual culture for The Muslim World journal. He is currently completing a book on the Nation of Islam and Black freedom struggles in mid-twentieth century America. In film, he works with producers for a four-part PBS series on Muslim Americans and has consulted for a Malcolm X documentary that aired on Fusion and Netflix. Dr. Abdullah was the 2018 recipient of the Ford Foundation Senior Fellowship Award researching a book on Islam in America.