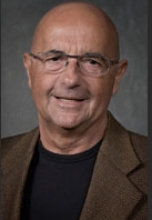 Dr. Holstein's large courses are among the most popular in the College of Liberal Arts and Sciences, closing quickly in early registration; he typically teaches 1200-1500 students per year. Describing his course content in a recent interview with FYI he commented, "a liberal arts education is our best weapon against ignorance … students are going to go out and make decisions about life and love. Everything in the human situation is rooted in variations on three themes: food, sex, and death. Whether it’s a decision to slaughter animals, to drink alcohol, to what we do in the bedroom, to what we are willing to die for—from the table to the bedroom to the grave, nothing in our modern, technological world has changed this. That’s why ancient texts like the Hebrew Bible are still relevant."

Professor, a documentary film based on Dr. Holstein, was released in Spring 2010 with a premier at the Cinequest Film Festival in early March, followed by a screening at the University of Iowa's Bijou Theater in late March.

Dr. Holstein offers courses in all of the academic sessions, in both on-campus and distance education venues. Typical course offerings include the following: