The Department of Religious Studies Statement on the Murder of George Floyd, Police Violence, and Systemic Racism

The Department of Religious Studies at the University of Iowa strongly condemns the murder of George Floyd at the hands of the police, and we offer our sincere condolences and grieve with his family and everyone affected. We also condemn the widespread brutality of the police response to the protests of the Black Lives Matter movement, including in Iowa City. We hope that the policemen who participated in the horrifying murder of Mr. Floyd will be fully brought to justice, and that ultimately there will be widespread changes and new policies to eliminate institutional racism in every area of American life. We must end four hundred years of systemic racism and violence against Black people in America. Black lives matter.

As religious studies scholars, we will work to acknowledge and expose the racist histories of our discipline and of the religions that most of us have studied and taught. We must also recognize the ways in which religious studies has tacitly and directly reinforced white privilege and colonialism. The study of religion has enormous power to elucidate issues of race and power and can be an important and viable force against racism and white supremacy. We pledge to do more in our courses to address issues of racism, white supremacy, and colonization, and we commit to advancing anti-racist perspectives in our teaching, research, and service activities.

The Department of Religious Studies further condemns the continued wrongful violence toward Black people by police officers and others in the U.S. and elsewhere, which is rooted in both overt and systemic racism, and the failures of the U.S. judicial system to provide justice for victims and their families. Race, gender, cultural heritage, and religious affiliation deeply affect the way we perceive and interact with the world around us. The Department recognizes this and reiterates its commitment to improving and enhancing diversity, equity, and inclusion across our courses, in our scholarship, and in all our practices. The department strongly supports the Civil Rights Act of 1964, the religious leaders and ideals that led to its passage, and all people’s right to vote and have their vote counted without any obstacle. We likewise condemn any attempts at voter suppression or undermining of the democratic process. 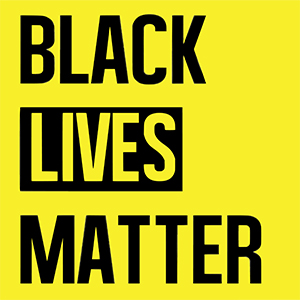