The University of Iowa Committee of the Newberry Library Renaissance Consortium has given Judith Popovich Aikin awards to PhD students Justin Kirkland from the Department of History, and E. Mariah Spencer from the Department of English. Each award was $1,500 and allows them to make an extended visit at the Newberry Library in Chicago so the students could use the archives for their studies. This award was named after former College of Liberal Arts and Sciences Dean and Professor of German, Judith Aikin. 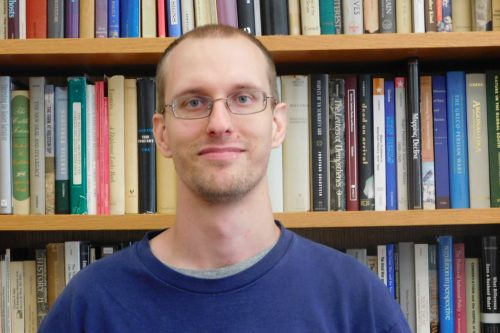 Justin Kirkland’s research examines the relationship between the formal canon law and informal legal works using canon law books and confessors’ manuals. In the Middle Ages, the canon law consisted of the authoritative texts written in the 12th to 14th centuries. These sources constituted all of the Church’s official laws (the Corpus Iuris Canonici). Confessors’ manuals emerged in the late 13th century to assist less-educated village priests with their pastoral duties, especially those concerning confession. They were essentially pastoral works that combined the essentials of canon law and theology. Historians have traditionally seen the manuals as an example of how the abstract legal ideas of the canonists trickled down to inform village priests. Yet there is some evidence which indicates that the relationship between canon law books and confessors’ manuals were not a one-sided affair. Analysis of more canon law manuscripts, including those in the Newberry Library, is necessary to ascertain just how widespread this practice was. If it was a common practice, then it would suggest that confessors’ manuals played an integral role in how canonists interpreted canon law. 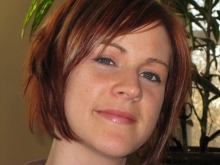 E. Mariah Spencer studies the works of Margaret Cavendish, the Duchess of Newcastle (1623-1673), who experimented with speculative fiction, poetry, the epistolary novel, drama, and biography. Cavendish’s books still have not received the type of bibliographic (and paleographic) scrutiny that the works of Shakespeare, Jonson, and Milton have enjoyed. By focusing on the physical evidence left behind by Cavendish in her manuscripts and printed texts, Spencer studies the ways in which material structure and format communicate a particular authorial persona, as well as the ways in which she uses the printed book to experiment with and expand upon contemporary literary genres. Her research into Cavendish combines the use of digital tools, historicism, archival research methods, and descriptive bibliography to track, document, compare, and then analyze as many of the extant copies of the Duchess’s literary texts as possible.