He is the only in the nation, and first at UI, to win the annual award from the Society of Professional Journalists
Tuesday, September 1, 2020 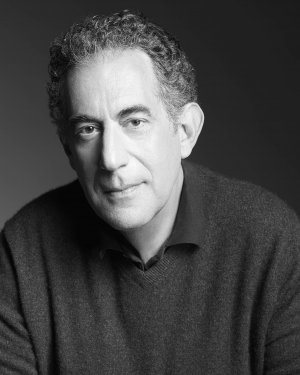 Stephen G. Bloom, Professor of Journalism and Mass Communication and popular author, has since 1993 been teaching University of Iowa students, who have raved about his skills as an instructor and mentor. His teaching excellence has now been recognized nationally, in stop-the-presses fashion.

The Society of Professional Journalists has named Bloom the 2020 recipient of its coveted Distinguished Teaching in Journalism Award. The national award is given to just one journalism educator each year, and this is the first time that a UI instructor has earned it. Each year since 1966, the award has recognized an outstanding journalism educator who has made significant contributions to the profession.

As a teacher, Bloom employs a student-based teaching method, and runs his classroom like a professional newsroom. While Bloom is teaching his courses online during the pandemic-stricken fall 2020 semester, Media Ethics & Diversity and Magazine Reporting and Writing, he continues to use student participation as a key tool in his courses.

“Now a college professor myself, I often try to channel Professor Bloom’s approach to teaching by attempting to strike a balance between being demanding enough to push students toward greatness but supportive enough to help them get there.”
—Natalia Mielczarek (PhD 2016), assistant professor, Virginia Polytechnic Institute and State University, about Professor Stephen G. Bloom.

Listen to an NPR interview with Bloom about his 2018 book, The Audacity of Inez Burns: Dreams, Desire, Treachery & Ruin in the City of Gold.

In 67 letters of support for the award from alumni and colleagues, his former students described him as a tough-but-fair professor with a zero tolerance for mediocrity.

“In a world where papers, tests, and deadlines all seem to mold together and stress you out, Bloom has a way of engaging his students and creating work that inspires your curiosity,” Rachel Webster (BA 2010) told SPJ. “His assignments didn’t feel like a looming deadline, but rather an interesting project to tackle.”

Bloom often revises a student’s piece multiple times until it has reached perfection. The record shows that it is a successful process: former students of his work at The New York Times, Associate Press, CNN, ESPN, Fox News, Time Out, Fortune, NPR, the Museum of Modern Art, and the NFL.

The award will be presented to Bloom during the virtual SPJ2020 Journalism Conference, September 13.

Bloom graduated from the University of California, Berkeley, with a degree in English, and then worked as a professional journalist before joining the School of Journalism and Mass Communication. That industry experience has given him—and his students—a rich and practical background that informs his teaching.

That on-the-ground experience led to considerable academic success and renown. Bloom has held fellowships at the MacDowell Colony and Virginia Center for the Creative Arts. He has been a visiting scholar at Columbia University's Center for the Study of Society and Medicine. He was the Robert Laxalt Distinguished Writer at the Reynolds School of Journalism (University of Nevada, Reno), as well as the Howard R. Marsh Visiting Professor of Journalism in the Department of Communication Studies at the University of Michigan. He was named Iowa Author of the Year by the Des Moines Public Library.

His books include The Oxford Project; The Audacity of Inez Burns: Dreams, Desire, Treachery & Ruin in the City of Gold; Postville: A Clash of Cultures in Heartland Iowa; and Tears of Mermaids: The Secret Story of Pearls. His most recent project, Blue Eyes, Brown Eyes, a biography of Iowa teacher Jane Elliott, will be published by the University of California Press in fall 2021.