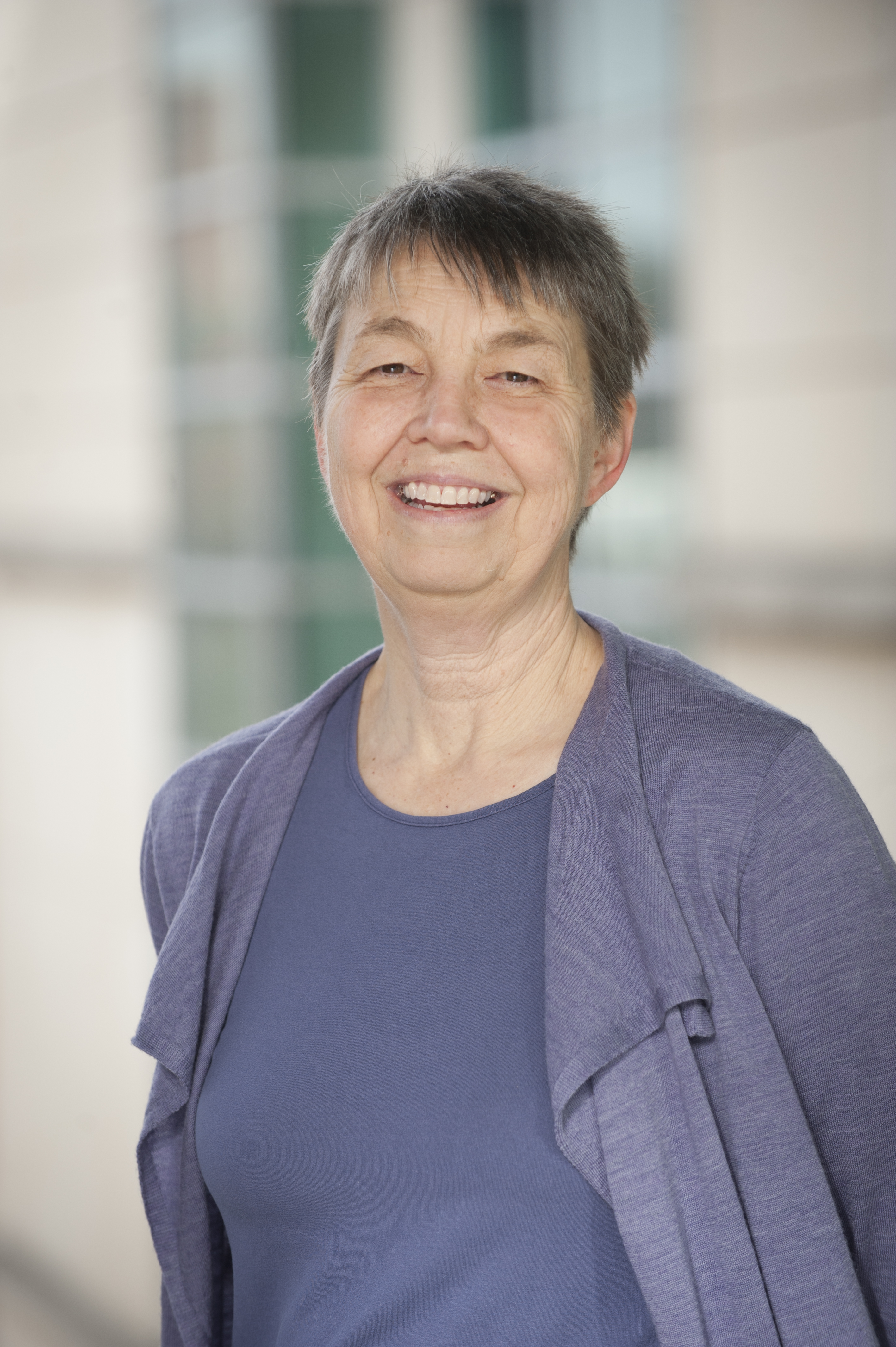 Mary Hall Reno, an internationally recognized particle physicist, has been named Erich Funke Professor by the University of Iowa.

Reno, who served as chair of the UI Department of Physics and Astronomy from 2009 to 2014, is a Fellow of the American Physical Society. Through her research, she has helped shape the field of particle physics through prolific publishing in journals, contributions to conferences, and invited lectures at universities and research institutions.

Sara Sanders, dean of the College of Liberal Arts and Sciences, said Reno's appointment to the professorship reflects her long record of leadership and scholarship.

"Professor Reno is at the international forefront of particle physics research," Sanders said. "Her scientific scholarship and teaching are outstanding and stand as a model for her colleagues not just in the natural sciences, but throughout our college. I am so pleased that she has been named the Erich Funke Professor, and I look forward to watching her extraordinary impact on her discipline, and on our university, grow even more during the coming years."

Reno's research, in theoretical particle physics with a focus on neutrino interactions and detection, has been regularly funded through federal grants. She currently is co-principal investigator on two grants, one funded by the Department of Energy and another by NASA. Her studies exploit the connections between measurements in particle accelerator experiments and calculations of high energy interactions of cosmic rays and cosmic neutrinos.

In addition to her research accomplishments, Reno teaches students at all levels, from introductory undergraduate courses through graduate seminars, and has mentored six PhD students through the completion of their degrees.

In 2019, the College of Liberal Arts and Sciences named Reno a Collegiate Fellow, the college's highest honor for faculty. The college also recognized her excellence in research and teaching by naming her a Dean's Scholar in 2000, and in 2003, the UI Office of the Provost named her a Faculty Scholar. Her appointment as Erich Funke Professor will begin on July 1, 2021.

Reno earned her PhD in physics from Stanford University. Before joining the UI faculty in 1990, she was a postdoctoral researcher at the Fermi National Accelerator Center and a visiting faculty member at the Centro de Investigacion y Estudios Avanzados in Mexico City.