NWP Professor Melissa Febos's book lights up the media in 2021 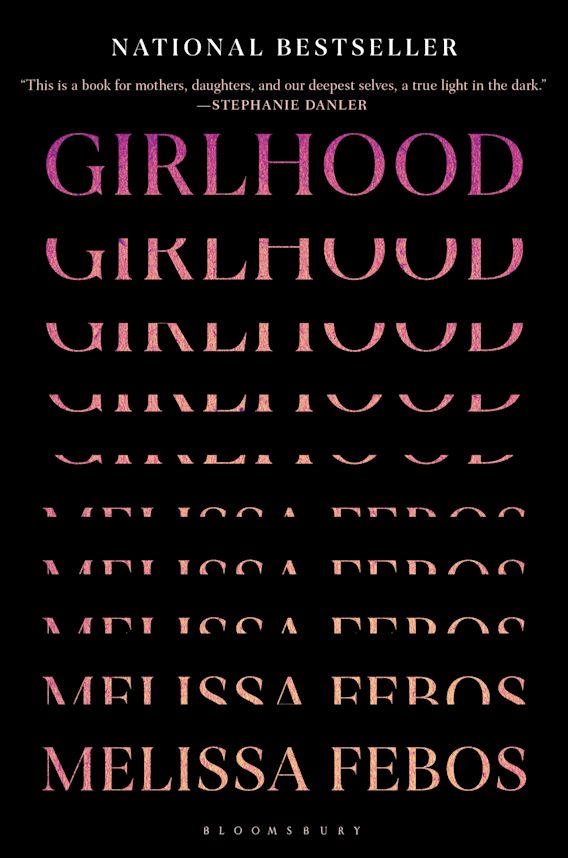 The University of Iowa—renowned worldwide for creative writing—has struck literary gold again, thanks to Melissa Febos, associate professor of English in the Nonfiction Writing Program.

Since Febos published her third book, GIRLHOOD, in March, the national media have lined up to sing its and its author's praises.

GIRLHOOD, Febos’ second essay collection, examines narratives that women are taught about themselves and internalize during their adolescence, and the steps needed to free themselves from these narratives. With excerpts published in the New York Times and the New York Times Magazine, Febos’ vulnerability struck a chord with readers across the nation.

“I had largely seen the struggles of my girlhood as unwarranted—I thought I'd struggled too much for someone who hadn't undergone what I considered any major trauma,” Febos said. “What I quickly discovered is that growing up as a girl in a patriarchal society is constituted by a series of harms so ordinary that they go largely unrecognized.”

CLAS faculty across the disciplines have been busy publishing books and releasing music. Check them out here.

Have you written a book or released a CD that's not included in this list? Let us know! Bring a copy to the Dean's Office for display, and email us with the information.

GIRLHOOD received rave reviews from the New York Times Book Review, The New Yorker, The Atlantic, NPR, and many other nationally renowned publications. In an excerpt featured in the New York Times Magazine titled “Getting to No”, Febos writes about the unwanted physical touch women endure and the barriers women face when they want to reject this touch. Throughout the piece, Febos shares her personal experience with unwanted physical touch, cuddle parties, and sex work. With more than 1,000 comments, the article resonated with many readers who thanked Febos for her experiences and shared their own stories.

“My writing practice is partly one of sitting down in absolute privacy and attempting to name experiences that feel or have felt unspeakable,” Febos said. “When I get a powerful response of readers identifying with those articulations, well, it is the best possible outcome. That's my hope. That we make it all speakable so that we can find each other, and then collaborate in the work to change ourselves and society.”

Around the book’s publication, Febos published another excerpt as an Op-Ed in the New York Times titled “What if the Pain Never Ends?” As a person who endures chronic back pain, Febos writes about the challenge of facing a life of accommodation and dependency with grace and perspective, and the importance of resisting society’s prescription of inferiority and her own internalized ableism.

In addition to the NYT excerpts, Febos was also featured on the MSNBC national morning show "Morning Joe," and was interviewed by The Nation, The Los Angeles Review of Books, NPR’s "Live with Alison Stewart," and many other outlets.

“Writing this book evolved my thinking from the question of ‘what was wrong with me?’ to ‘how can I consciously grow my thinking so that it accords with my own beliefs instead of those I've inherited from a system that is in direct opposition to them?’ or, more simply, ‘how do we heal from the inevitable harms of girlhood?’” Febos said.

GIRLHOOD succeeds Febos’ memoir WHIP SMART, and her first essay collection, ABANDON ME. In March 2022, Febos will release her fourth book, a nonfiction work that combines memoir with essays on creative writing craft: BODY WORK: The Radical Power of Personal Narrative. In four chapters, it details the political power of autobiographical writing, and its influence on Febos’ life as an intersection of aesthetic, spiritual, social, and psychological practices.

“It is basically an argument for the transformative power of telling our own hardest stories,” Febos said. She will be launching the book locally on March 22, 2022, with a virtual reading at Prairie Lights Bookstore with fellow essayist Elissa Washuta.

Febos’ writing has appeared in The Paris Review, Tin House, The Guardian, McSweeney’s, and many other acclaimed publications. She is a four-time MacDowell Fellow, the 2018 recipient of the Lower Manhattan Cultural Council’s Sarah Verdone Writing Award, and a LAMBDA Literary Jeanne Córdova Nonfiction Award recipient. In addition to these recognitions, Febos has also earned fellowships with the Bread Loaf Writer’s Conference, the Virginia Center for Creative Arts, the Vermont Studio Center, the Barabara Deming Memorial Foundation, The BAU Institute at the Camargo Foundation, The Ragdale Foundation, and the Lower Manhattan Cultural Council.

Febos joined the Iowa faculty in 2019. View her personal website.