“Beyond Text: Theater and Performance in Print after 1900” explores the relationship between published works and performance artists in theatre.
Tuesday, July 28, 2020 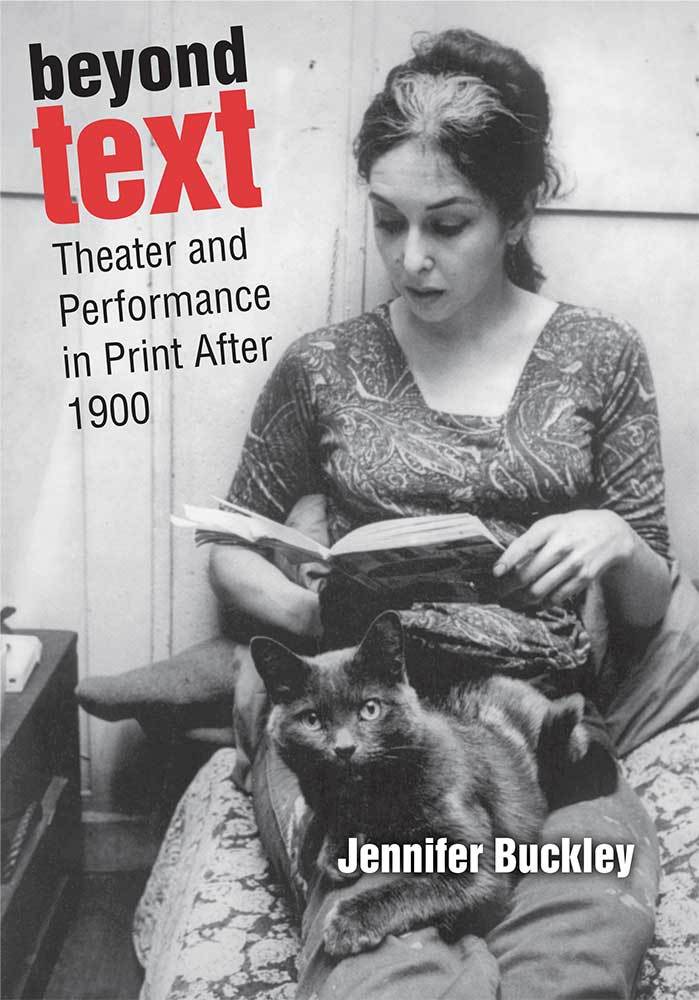 Jennifer Buckley, associate professor in the Departments of English and Theatre Arts at the University of Iowa, has earned the 2020 Outstanding Book Award from the Association for Theatre in Higher Education. Her book, Beyond Text: Theater and Performance in Print after 1900, was published in 2019 by the University of Michigan Press.

Buckley says that her book explores the relationship between the written word and live performance. An irony that appears throughout Beyond Text is how performing artists who say literature is separate from theater actually use the medium of print and books to do so.

Jennifer Buckley, Associate Professor of English and Theatre Arts, has won the 2020 Outstanding Book Award from the Association for Theatre in Higher Education.

Read Beyond Text: Theater and Performance in Print after 1900 here.

Buckley was nominated for the Outstanding Book Award by her publisher. She was humbled to be in such extraordinary company, Buckley said of her fellow nominees. She was stunned when her book won the award, and pleasantly surprised that the organization's theatre practitioners had found it useful.

“It’s from people who study theatre, but also people who make theatre,” Buckley said. “And that’s why I’m so excited about this award. Because it means that theatre-makers like the book.”

Buckley's current project is a new book titled, Act Without Words: Speechless Performance on Modern Stages. It asks what theatre could be without any words at all.

Jennifer Buckley joined the University of Iowa faculty in 2011. Her teaching, research, and writing focus on modern and contemporary drama, theater, performance art, and media in Europe, the UK, and the US. She won the Collegiate Teaching Award in 2018.

The Association for Theatre in Higher Education is one of the largest professional organizations in academic theatre studies, and comprises scholars and practitioners in the field.

Because most physical libraries are closed due to COVID-19 and social-distancing guidelines, the University of Michigan Press has made the E-book version of Beyond Text available for free to read online.