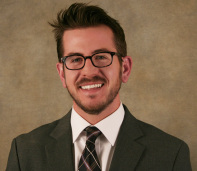 Eric Steven Zimmer, who earned the PhD in History from the University of Iowa in 2016, has been named the winner of the 2017 Rachel Carson Prize by the American Society for Environmental History (ASEH).

Zimmer, who also earned the UI's Graduate Certificate in American Indian and Native Studies, won the prize for his doctoral dissertation titled, “Red Earth Nation: Environment and Sovereignty in Modern Meskwaki History.” He will be presented with the prize at the ASEH annual conference at the Drake Hotel in Chicago at 7:00 p.m. on Saturday, April 1.

ASEH hailed the dissertation as exemplary of excellence in public scholarship.

This year’s winner for the Rachel Carson Prize is Eric Steven Zimmer’s “Red Earth Nation: Environment and Sovereignty in Modern Meskwaki History.” This dissertation stood out from the competitive field of submissions in each of the areas we judge: quality of writing, analysis of the topic, research and documentation, and advancement of the filed. "Red Earth Nation" poses a central question: what is the relationship between environment and tribal sovereignty?  The answer comes in the form of a provocative examination of the Meskwaki Nation, the only resident Indigenous community in Iowa. Zimmer “flips the story of Indigenous land on its head” to highlight not tribal dispossession but tribal possession, that is, the struggles the Meskwaki encountered from the mid 19th century to the late 20th century in reclaiming lands that had once been their own. To tell this story, Zimmer artfully handled archival sources that were difficult to access, such as private tribal archives, and forged these with governmental materials and interviews. Although the author frames this work as a microhistory, lessons abound for reconsidering relationships among other Indigenous communities, environment, and conceptions of sovereignty. Much has been written about how Native people reconstituted and redefined sovereignty in response to ill-conceived federal policies in North America and beyond. This study argues that there’s more to that story by showing how tribal sovereignty unfolded daily over matters of local and state jurisdiction regarding the administration of natural resources and the people who labored on the land. The committee also notes Zimmer’s commitment to public scholarship, both in the field and in his narrative approach, as representative of the kind of excellence this prize is meant to recognize.