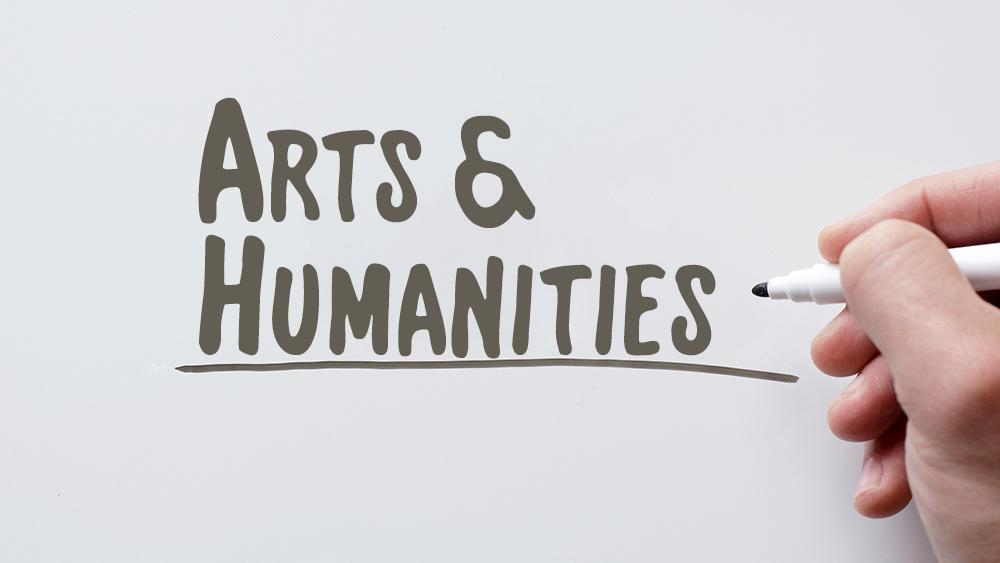 Recognizing the essential role of humanities scholarship and artistic production in the University of Iowa's research landscape, the Office of the Vice President for Research awarded Arts and Humanities Initiative grants in support of six projects by faculty members in the College of Liberal Arts and Sciences.

Behind the S(cr)een: African Americans in the Entertainment Industries

One of the spaces where critical work around black images happens involves what can be seen – the actual images that dance across our screen from Black-ish and The Chi to Harriet and Dear White People. But what happens if we recast our gaze and look behind the screen to situate black cultural production? As a conflicted and contradictory space, the media industries produce and channel particular forms of creativity and diversity of representation. This symposium explores: how the demands and incentives of the contemporary entertainment industries enable and disable the employment and autonomy of creatives of color? Bringing together leading media and cultural studies scholars along with specific professionals within the media industries such as writers, producers, casting directors and marketers, this symposium looks behind the screen to reveal the innerworkings of African American representation.

This proposal will support the finalization of my photographic project, Mors Scena.  This series will record historic, small-town, funeral homes across Iowa which are steadily being replaced by more technologically advanced corporate venues. Drawing from personal experiences with the funeral arrangements of family members, and research culled from the histories of modern-day funerary practices, I make photographs that not only record the historical funeral homes of the midwest, but explore cultural attitudes surrounding death. Using visual cues of documentary photography, photographic truth is subverted with the use of staging and highly constructed environments.

Specifically, I focus my camera on the viewing areas, lounges, and social spaces that comprise the majority of these establishments. These are the spaces where people gather for support, grief, and healing. The relative expanse, and abundance of smaller communities, has given Iowa an extraordinary amount of historical funeral homes. The project began in August of 2018 and 17 funeral homes have been photographed to date. With AHI support, that includes a trained photographic assistant, I will photograph 24 more funeral homes over the next 12 to 18 months.

The successful completion of this series will be impactful in multiple ways. First, it will preserve the history and legacy of the funeral chapels and houses of rural towns. Secondly, as an educator and artist I am always looking to explore innovative approaches in my field. The flexible nature of how the project defines documentary photography, combined with more subjective interpretations of history, aims to encourage other artists, as well as inspire students, to pursue creative works that challenge outdated fine art photographic genre expectations. Lastly, the project has been selected by the Des Moines Art center as part of their Iowa Artist 2020 series where I will have a solo exhibition of the project at the end of the year. The Art Center curators choose artists whose creative works exemplify compelling contemporary approaches to their chosen medium. The series will be on display for nearly 3 months at a major museum, seen by hundreds of patrons daily, as well as be the content for a weekly docent tour.

As we ponder the impact of family separation in the course of migration today, older histories of family separation can give us insight into the longer-term consequences. Between December 1938 and August 1939, 10,000 German-Jewish children sailed to Britain with the “Kindertransport,” or Children’s Transport. The immediate impetus was the “Night of Broken Glass” of November 9-10, 1938, in which Nazi agents burned synagogues, vandalized Jewish property, beat Jews, and interned 30,000 Jewish men in concentration camp. In response, Great Britain admitted Jewish children – under the condition that they leave their parents behind. Parents who never would have considered breaking up their families now took this desperate step. Few of the children saw their parents again. Two who did were my father and his brother. Far from a “happy ending,” reunion revealed that the family was irretrievably broken. Family members processed their trauma and adapted to their changed circumstances in ways that made communication impossible. I am completing a book entitled Children, Transported, which embeds the Kindertransport experience in a multi-generation family history. The AHI will support a research trip to Jerusalem as well as a short course in Talmud study in Chicago.

Turns at the Intersection: The Power of Uncertain Routes

As a choreographer, I am wondering about attitudes and behaviors “at the intersection.” How do we approach the places where different identities are touching, both in physical spaces and social spaces? What does creative process look like, and what physical artistic outcomes can be produced if we attend to the intersections, within ourselves, and between ourselves and others? Is there a way to structure the physical space and relational character of creator, performer, performance, and audience in a way that extends this inquiry to all those gathered?

To innovate new ways to encounter each other, both in the choreographic and the social sense, I am drawn to consider the urban design theory of “shared space" (Hamilton-Baillie) and its distinct nexus of physical, spatial, and social reasoning. Of particular interest for me is the traffic circle- a space where uncertainty and ambiguity cause people to slow down, pay attention, and collectively manage right(s)-of-way through negotiation, rather than imposed signals.

With the image of the rotary in mind, its inherent uncertainty, and its “shared space” of mutual negotiation, this improvised and choreographed work considers that its “contents” include the different bodies and identities of our diverse cast (African-American, white, male-bodied, female-bodied, queer, straight, etc.). At the intersection of layered identities and their social privileges or oppressions, the intersection of imposed structure and uncertainty, the intersection of audience and performer, this creative research stages some possibilities for navigating, with mutual responsiveness, the spaces where diverse bodies meet.

This research examines how playground basketball, or “streetball” has been exhibited and taken up in European contexts. I am interested in how streetball is marketed to European audiences and how European people have taken up streetball to achieve social and political goals. To answer those questions, I will undertake research at two sites in Northern Europe where streetball is performed. These sites illustrate two distinctive ways that streetball has been taken up outside the United States – as a structured competition, staged for commercial purposes, and as a means of facilitating social integration among young people.

In Antwerp, Belgium, a major international 3-on-3 (3x3) tournament will be staged in the lead-up to the Tokyo Olympics. The three-player variant of basketball, played on half of a regulation basketball court has grown dramatically in the past few years, and will be included as part of the Summer Olympic games for the first time in 2021. It is arguably the dominant form through which streetball has become internationalized and institutionalized.

In Copenhagen, Denmark, playground basketball has been uniquely adapted in the interest of social justice. There and in three other cities across Denmark, the nonprofit GAME has built several “streetmekkas” – recreation sites that offer basketball courts, parkour courses, skate parks, and other spaces designed to facilitate recreation for urban, Danish youth. GAME was founded in 2002 with the aim of creating “Exciting, urban and innovative...inspired by several forms of streetball played worldwide and is considered the world's number one urban team sport.”

This study will contribute to a book project with the working title Crossover: A Cultural History of Playground Basketball.

The UI Tractatus Map, a website created by a Philosophy professor and two Philosophy graduate students in collaboration with UI Libraries Digital Scholarship & Publishing Studio, online since November 2016, has made a radical new version of Wittgenstein's Tractatus, one of the great works of analytic philosophy, available to a global audience. Our work to date shows how our online map of Tractatus and Prototractatus (an early version of that book) allows access to Wittgenstein's thought in a new way. This is because the Map enables the reader to explore the crucial role played by the book's unique scheme of numbered and nested sections and subsections.

Thanks to a major fellowship from the NEH, tenable from June 2020 to May 2021, I will be producing the first complete and consistent translation of the book and all its German-language sources: not only Tractatus and Prototractatus, but also three wartime notebooks that are not currently part of the Map.

The AHI research grant will make possible two major enhancements to the Map, which will enable us to include those new translations and represent the relationship between the various stages of the book's composition in much greater detail. First, we plan to add the capacity to dynamically connect, redraw, and rearrange the current maps. This will enable us to connect comprehensively and clearly the finished Tractatus both with Prototractatus, its earlier counterpart, and their original manuscript sources. Second, we will create a new tool that charts the relationship between each sentence of Tractatus and all its sources in much greater detail.

In doing so, we will achieve our long-term goal of clearly charting the genesis of Tractatus, comprehensively connecting the book with all its manuscript sources, including Prototractatus and the source notebooks. The result will be a completely new graphic version of Tractatus with far-reaching implications for the interpretation of the text, and much greater visibility for the UI Map.