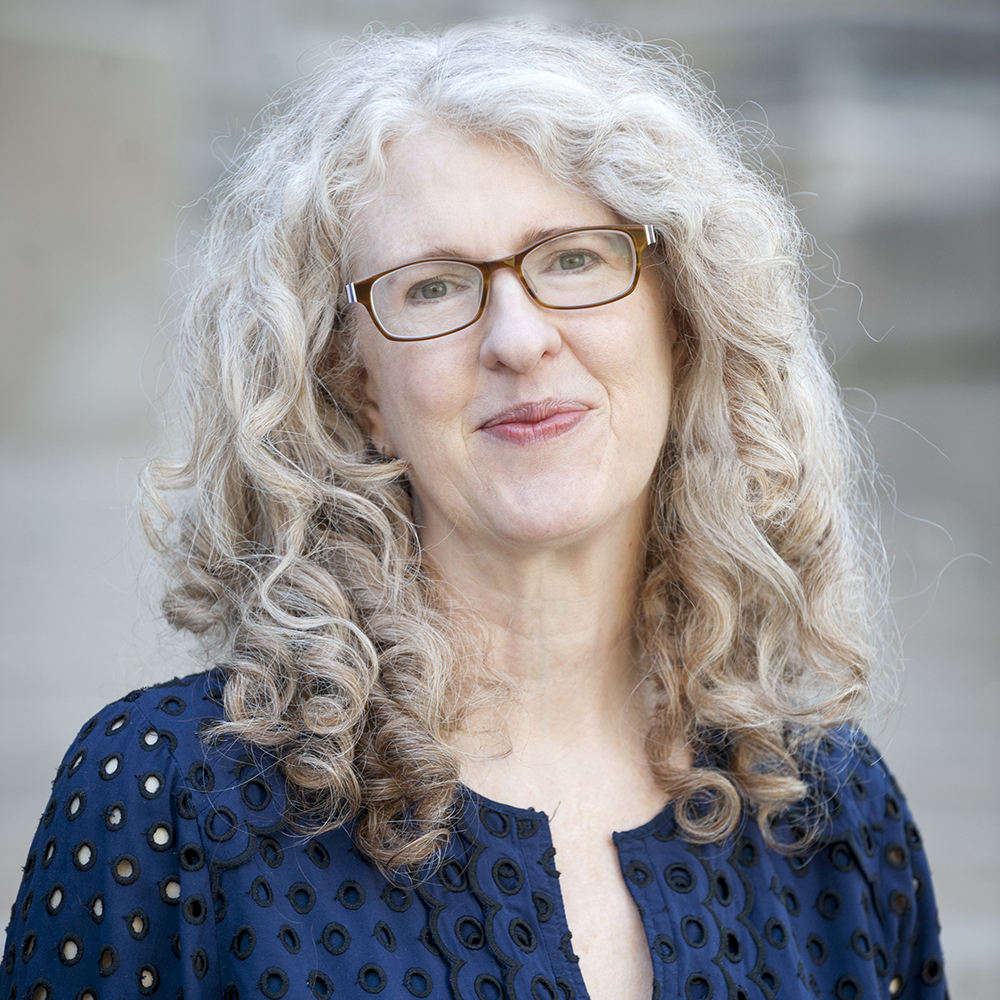 Claire F. Fox, a scholar of literature and culture of the Americas, has been appointed by the University of Iowa as the M. F. Carpenter Professor. Fox is professor of English, and is affiliated with the Department of Spanish and Portuguese.

Fox has published widely in the fields of Latinx and Latin American visual art and culture, Latinx Midwest studies, and related areas, with her current research focusing on contemporary art and performance at heritage sites in the Americas.

Dean Sara Sanders of the UI College of Liberal Arts and Sciences (CLAS) said Fox, who served as chair of the Department of English from 2017 to 2020, is richly deserving of the honor.

"Professor Fox is an outstanding scholar who inspires her students and colleagues alike," Sanders said. "The Carpenter Professorship will help Claire advance her important research into the cultural experiences of Hispanic and Latinx individuals and communities, here in the U.S., at our southern border, and throughout Mexico and Central and South America. I congratulate Claire for the many accomplishments that have culminated in her appointment to this honor."

Fox is author of two full-length books, Making Art Panamerican: Cultural Policy and the Cold War and The Fence and the River: Culture and Politics at the U.S.-Mexico Border. In addition, she co-edited The Latina/o Midwest Reader, part of the University of Illinois Press Series, Latinos in Chicago and the Midwest.

She recently served as co-Principal Investigator of Building Sustainable Worlds: Latinx Placemaking in the Midwest, a collaborative project among several Big Ten and Midwestern universities exploring the lives and communities of Latinx-identifying people in our region. The project, which began in 2017 and concluded in 2019, was funded by the Andrew W. Mellon Foundation/Humanities Without Walls consortium.

A 2010 recipient of the CLAS Collegiate Teaching Award, Fox teaches and mentors students at the undergraduate and graduate levels. In 2014, she earned the Collegiate Scholar honor in recognition of her research and teaching. She earned her PhD in comparative literature from the University of Iowa and joined the UI faculty in 2001.

The Carpenter Professorship was established with funds donated to the University of Iowa Center for Advancement by the late Millington F. Carpenter, who earned a doctoral degree in English from Iowa in 1924. Carpenter was for many years an English instructor in the University High School on the University of Iowa campus, and rose to associate professor and head of English at that school. In 1950, he began teaching literature in what was then known as the College of Liberal Arts, and retired in 1957. The Millington F. Carpenter Professorship in English was established in 1963; Carpenter died in 1967.