The International Engagement Teaching Award is jointly sponsored by the College of Liberal Arts and Sciences and UI International Programs.
Thursday, May 13, 2021 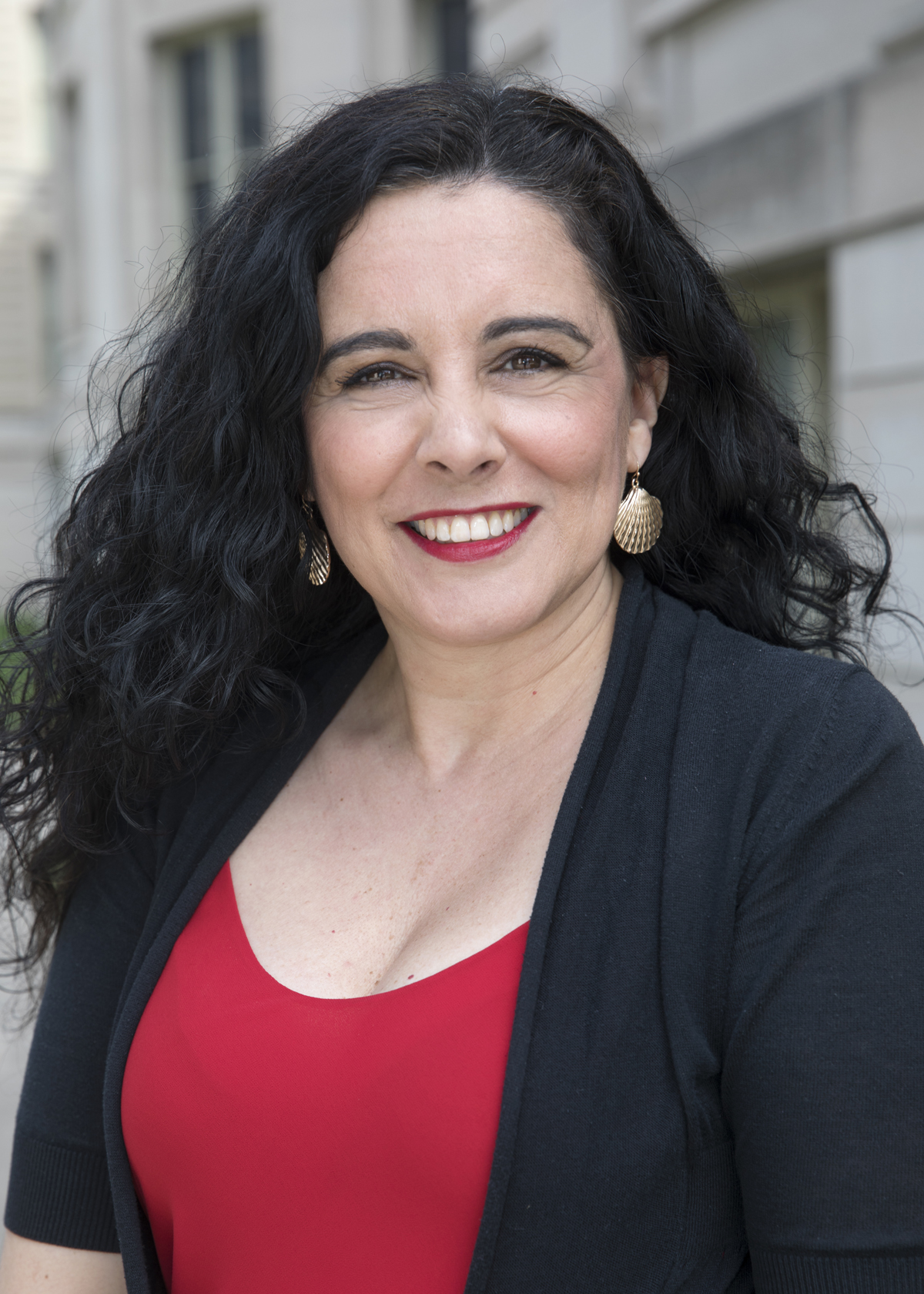 Ana M. Rodríguez-Rodríguez, associate professor in the University of Iowa Department of Spanish and Portuguese and interim chair of the Department of French and Italian, won the 2020 International Engagement Teaching Award for her work both in the classroom and in encouraging undergraduate students to make study abroad an integral part of their education.

Since 2012, Rodríguez has served as the faculty resident director for the Iowa Regents Hispanic Institute summer program in Valladolid, Spain, and has led hundreds of undergrads there. The program, suspended in 2020 and 2021 because of the COVID-19 pandemic, has seen tremendous growth under Rodríguez's leadership, necessitating the addition of graduate assistants to the Iberian journeys.

The Valladolid trips are open to undergrads of any major. One student in the College of Nursing remarked on Rodríguez's caring mentorship on those study-abroad experiences.

"Professor Rodríguez was an exquisite mentor for those of us who studied abroad in Valladolid, Spain," the student said. "From pre-departure to when we all returned to America, Professor Rodríguez was always there for her students, regardless of the reason. If she noticed someone standing alone in a group, she would always strike up a conversation to make him or her not feel alone. She was very approachable, kind, and a fun professor to be around. She also cared deeply about her students abroad and did everything in her power to make us all feel welcome in a new and foreign environment. I would return to Spain with Professor Rodríguez in a heartbeat if I could."

Rodríguez teaches courses in Spanish culture, literature, and language. A former student who worked with Rodríguez as an undergraduate lauded her teaching of Spanish literature.

"Of the many professors I have had in my undergraduate and graduate studies, Ana has been especially important to me. Ana’s interdisciplinary, international approach to teaching literature and her ethics of care have formed me as a person, a scholar, and now a teacher myself who prioritizes multilingual education in English studies," the student said. "Literature classes with Ana were unlike any I had taken before because our explorations of texts would always bring the past into the present. Ana showed us how texts from many centuries ago could teach us about how to think and live as global citizens right now. In her Early Modern Spain and the Mediterranean course, for example, we looked at economics, colonialism, empire, nationalism, migration, racism and xenophobia, religion, art, and cultural movements. Then, we considered the implications of our studies not only in the context of contemporary Spain but also in the rest of Europe, as well as Africa and the Americas. In these conversations, Ana invited us further into international perspectives by sharing her cross-cultural experiences living in Spain and the United States. Overall, she modeled ways of reading and relating to texts that I have practiced into today."

Another alum echoed those comments.

"One of my favorite classes I took in my four years at the University of Iowa was Ana’s 'Don Quijote' class," they said. "Throughout the (difficult) reading of the 17th century text, Ana was able to have us discuss connections still relevant today such as immigration, religion, and contemporary literature. From that class I took a deep appreciation and love of Spanish history and culture, something I continue to explore and engage with today."

Rodríguez's colleagues share her students' respect for her teaching and mentorship. Denise Filios, professor and chair of the Department of Spanish and Portuguese, remarked on Rodríguez's study-abroad leadership and her classroom innovations.

"Ana’s compassionate and able support of students who had not previously traveled abroad nor lived with a host family helps them open up to the new and often challenging experiences they have both inside and outside the classroom, enabling them to acquire confidence in their spoken Spanish as well as their ability to navigate a different culture," said Filios. "As a specialist in early modern Spain, Ana uses interdisciplinary pedagogical approaches in all her classes to enhance students’ international perspectives. Her research combines literary, historical and theoretical approaches, and she brings that interdisciplinarity to her teaching, even in a language skills course such as 'Advanced Speaking and Writing'. She draws on her experience as an immigrant in all her teaching, bringing a critical comparative perspective to the course materials. Not only is she an excellent model for students who wish to become teachers, but also she enables undergraduates to engage critically with a variety of cultural materials, such as music, art, cuisine and architecture."

Rodríguez shares her scholarship on Spanish literature with the Spanish people themselves, inviting them to re-examine the nation's beloved literary heritage. In 2020, she curated a groundbreaking exhibition, "Both Wise and Valiant," in Madrid, Spain. The exhibition, presented at the Instituto Cervantes and cosponsored by Spain’s National Library, took a fresh look at the nation's Golden Age, elevating and celebrating the often-overlooked literary canon of Spanish women who wrote around the same time as literary giants such as Miguel de Cervantes, the author of Don Quijote. The online version of the exhibition was chosen by the Smithsonian Institution as one of the top 10 online exhibitions in the world in 2020. Also in 2020, she released a new critical edition of Valor, agravio y mujer (Courage, Betrayal, and A Woman Scorned), a play by Ana Caro, one of the writers featured in the exhibition.

Rodríguez earned her PhD in Spanish literature from the University of Wisconsin-Madison, and joined the UI faculty in 2008. in 2021, she received a second PhD, in Spanish Philology, from Complutense University of Madrid (Spain). She has published articles on a variety of topics, such as Christian-Muslim relations in the Mediterranean, women’s writing, and the Asian Spanish empire. In 2013, she published a book exploring Spanish captivity writings during the 16th and 17th centuries (Letras liberadas. Cautiverio, escritura y subjetividad en el de la época imperial española. Madrid: Visor Libros). In addition to her work on Caro's play, she will soon publish a monograph about the Philippines during Spanish colonial rule of the archipelago and a critical edition of the Libro de cassos impensados, by Alonso de Salamanca. In addition to serving as interim chair of the Department of French and Italian, she is director of graduate studies in the Department of Spanish and Portuguese; both departments are part of the Division of World Languages, Literatures, and Cultures.