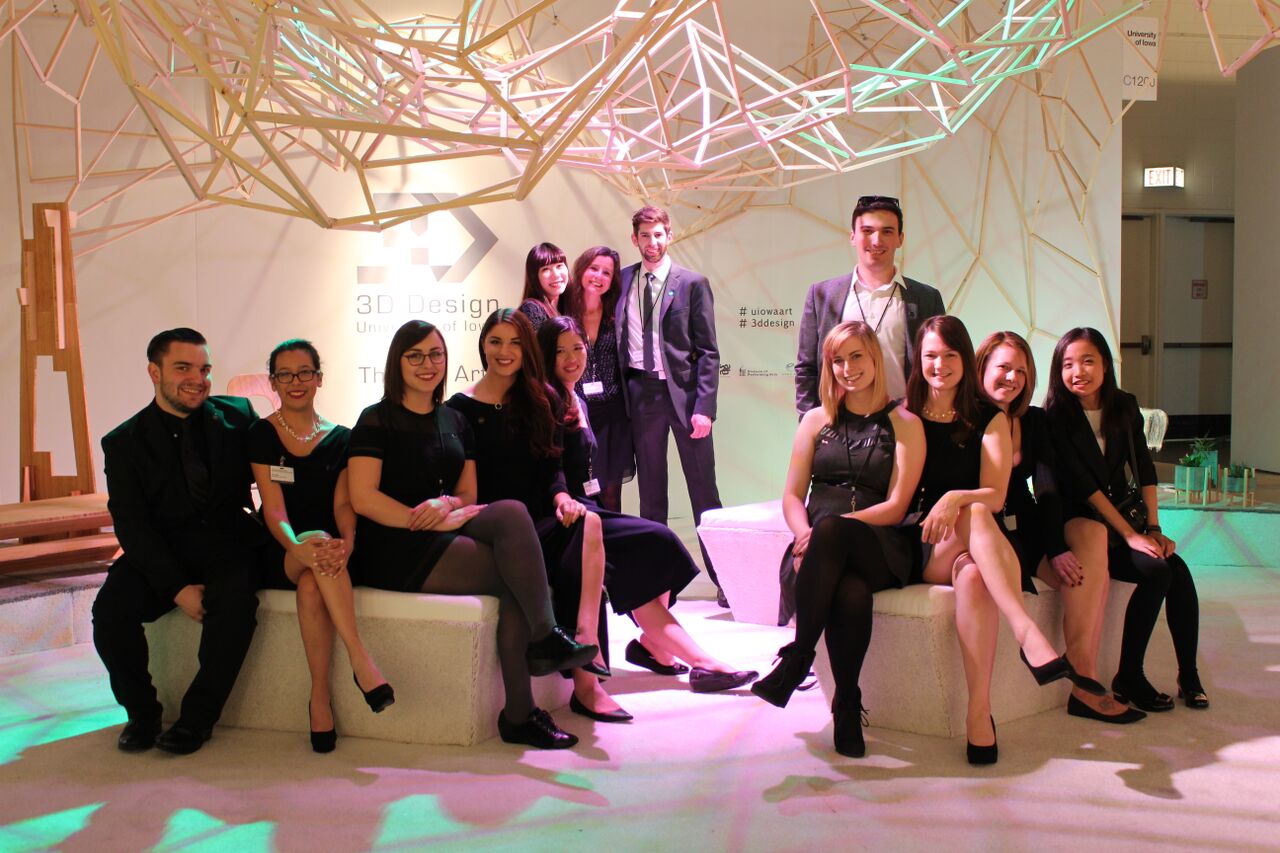 For the second year in a row, the 3D Design program in the School of Art & Art History has won top honors in CONNECT, the design school competition at the 2015 Sculpture Objects Functional Art and Design (SOFA) Fair, which took place November 5-8 in Chicago. SOFA is one of the world's premier art fairs dedicated to three-dimensional art and design. The Pratt Institute of New York tied for the win.

During the 2014-15 school year, the program—led by Associate Professor Monica Correia—won CONNECT as well as a similar top-level competition (ICFF) in New York, and was one of only two U.S. schools invited to show its work at an international design exhibition in Milan, Italy. In addition, the program was commissioned to build the UI's new Iowa State Fair booth, which debuted in 2015. Learn more about the program's successful 2014-15 school year.

This year, the program's undergraduate and graduate students collaborated with the lighting design program in the Department of Theatre Arts to design its winning installation, titled "Lumen + Lines."

In addition to the program's win, MFA student Vakhtangi "Vako" Darjania won an individual competition sponsored by the Corning Museum of Glass in New York, in which entrants were asked to design a glass piece inspired by the city of Chicago. Justin Bailey, also an MFA student in the program, was one of that competition's two runners-up. In 2014, it was won by UI graduate student Chuck Romans.

Besides the UI, the schools chosen to participate in CONNECT this year include: Illinois Institute of Technology (Chicago), Pratt Institute (Brooklyn, New York); San Diego State University; University of Cincinnati—College of Design/Architecture/Art and Planning; and University of Massachusetts-Dartmouth.

Watch a video of Hailey Kurtz (Class of 2015) telling about her life-changing experiences in the UI's 3D Design program. Hailey now works as a product designer for Design Ideas of Springfield, Illinois, whose products are sold at retailers nationwide.