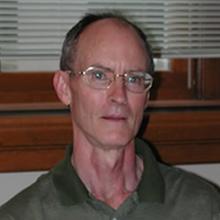 Jointly appointed in the Departments of History and Religious Studies, Dwight Bozeman began his career in the 1970s. He received his PhD from Duke University in 1974. As an intellectual historian of the antebellum United States and later refocussed upon religious thought in early modern England and seventeenth century New England with special reference to Puritanism, he completed two books; To Live Ancient Lives: The Primitivist Dimension in Puritanism (1988), and The Precisianist Strain: Disciplinary Religion and Antinomian Backlash in Puritanism (2004).

Dwight retired from the University of Iowa following the spring 2008 semester.

Recent research includes exploring two sets of issues relating to Puritan radicalism in both Englands during the English revolutionary period (1640-1660): a) surprisingly large qualifications and complications within the famous campaign for religious toleration through the mid-century decades; b) an untold chapter in the history of scepticism that was played out not in philosophical or scientific but in Protestant extremist circles in the same period.