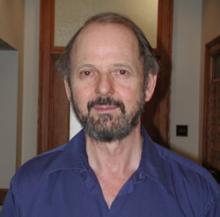 stephen-vlastos@uiowa.edu (Email is the best way to contact me)

Stephen Vlastos teaches Japanese history. His major field of research has been early modern and modern rural social movements and political economy. He has written on agrarian political economy in the Tokugawa and Meiji periods; agrarianism as an ideology in prewar Japan; protest upheaval in the nineteenth and twentieth centuries; "tradition" and modernity in Japanese culture; and Vietnam War historiography. Stephen is currently focusing on Japanese foreign relations in the prewar period, including representations of Japan in Hollywood cinema, and postwwar Japanese national myth-making.

From 2000-2005 Stephen served as director of the UI Center for Asian and Pacific Studies where he secured a major grant from the Freeman Foundation to upgrade undergraduate education in Asian Studies.

Stephen has served on numerous national executive and advisory committees related to Japanese studies, including the ACLS-SSRC Joint Committee on Japanese Studies and the Japan Advisory Board of the Social Science Research Council. In 1996 he was elected to the Northeast Asia Council of the Association of Asian Studies, and in 1998-99, he served as chair of that council. Since 2006 he has served as the Japan book review editor for the Journal of Asian Studies. Stephen has been affiliated with several Japanese universities over the years, including Rikkyo, Meiji, Kyoto, and Tokyo Universities. In 1995, he held a Distinguished Visiting Lectureship at Meiji University in Tokyo. In 1999, he was the Visiting Toyota Professor at the University of Michigan Center of Japanese Studies. Stephen received his PhD from the University of California, Berkeley, in 1977 and his BA from Princeton University in 1966.

Stephen regularly advises students interested in Japanese studies at Iowa or exchange programs with Japanese or Korean universities. He is happy to help.

Stephen teaches a number of different courses on Japanese history. Among his upper division courses are “Japan in the Age of the Samurai,” which examines Japanese society and culture in Japan’s long feudal era; “Modern Japan,” which surveys political, economic and social developments from the 1840s to the 1980s; and “Japan-U.S. Relations,” which focuses on the cultural as well as political and economic relations between the two countries. His "Civilizations of Asia: Japan," is an introductory general survey of Japanese civilization from earliest to modern times. In all his classes, Stephen makes liberal use of feature films and novels as primary sources.

A new teaching and research area for Stephen is the internment of Japanese-Americans during World War ll. He has taught a colloquium for history majors on this theme and hopes to develop this into an upper division survey course. Courses recently taught include: