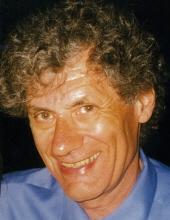 With great sadness and deep sense of loss we note the passing of our colleague, R. David Arkush. David died in Iowa City on October 15, 2018, when, after a long struggle, he succumbed to Alzheimer’s disease.

The History Department’s modern China historian from 1974 until retirement in 2010, David was born and raised in New York City, received his BA at Yale University, and MA and Ph.D. degrees at Harvard, where he studied under John K. Fairbank. The first historian of Asia hired by the History Department, David was instrumental in building the undergraduate and graduate programs in Chinese and East Asian history. David’s enduring interest in China was its people and culture in an age of revolution.

His book, Fei Xiaotong and Sociology in Revolutionary China (Harvard University Press 1981) analyzed the intellectual encounter of China’s first western-trained sociologist with the profound social conflicts and ruptures in rural China that propelled China’s half-century of revolutionary struggle. His second book took a cultural studies turn: Land without Ghosts: Chinese impressions of America from the mid-19th century to present (University of California Press, 1989) unpacked the cultural constructs of Chinese visitors and their American hosts that, sometimes amusingly and sometimes poignantly, filtered mutual perceptions and guided and misguided interactions. Around 1990, when American scholars were largely free to conduct field work in China, David’s research entered a new phase as he collected folk tales in north China villages, interviewed village Chinese opera actors, and recorded scores of performances.

Due to the illness, however, only a small part of his remarkable research made it into print. In the spirit of David’s intellectual generosity throughout his career, his wife, Hélène Lesage, has donated the recordings and field notes to the University of Iowa East Asian Library so other scholars may continue David’s work of advancing understanding of rural Chinese society and culture.

So much for the resume, truncated as it is. David’s History Department colleagues will remember David for his friendship, kindness, absolute integrity; love of conversation, wit, fine food, and wine; physical vitality, in which he took unabashed pride, displayed daily in climbing the steps two at a time up to his 3rd-floor Schaeffer Hall office, and expecting students or colleagues not to lag behind; riding his bicycle from 730 S. Summit Street sun, rain, sleet or ice, of course without a helmet. For this and much more David is missed.