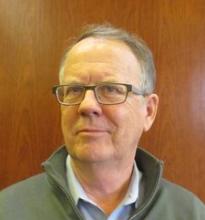 Paul Greenough has three broad areas of interest. One is the history of global public health. (He holds an additional appointment in the Department of Community and Behavioral Health in the College of Public Health.)  His first involvement occurred when he was infected with hepatitis-B from a cholera inoculation given by a public health worker while attending a major pilgrimage center in India.  He is something of a smallpox buff, and has published several papers on smallpox control and eradication in South Asia between 1800 and 1975; he currently is collaborating with a UK historian at York University, Dr. Sanjoy Bhattacharya, on the history of smallpox control and eradication in Bangladesh.  Off and on for several years he has been writing a book about investigative epidemiology in the US Centers for Disease Control, and in the course of his research he has followed epidemiologists abroad to see how they fare outside their North American cultural moorings.

A second area of interest is the social and environmental history of India, for which he's written at different times about rice-eating Bengali peasants and proletarians during famines, supercilious Indian rajas as tourists abroad, imperious conservation biologists who design tiger reserves, mangrove swamps as sites of ecological passion, rebellious Indian subalterns in the second World War, and natural disasters in Tamilnadu, Bangladesh and Sri Lanka.  His current research in this area explores themes such as agency, vulnerability, theodicy, relief in the social response to natural disasters.  Because Indian social and environmental history has so many practitioners, it offers a churning sea of continuous research results, with theoretical twists and turns, and the possibility (even for historians) of making practical suggestions for intervention.

A third area of interest is in the cultural, material and political relationships between India and other parts of the world during the late imperial period (c.1800-1960), and the follow-on consequences of migration out of India in the age of globalization.  The diasporic ties between India, East Africa, the Pacific islands and the Caribbean fascinate him. This interest has involved travel to destinations beyond South Asia and has given him a broader perspective on (and sometimes even a grudging respect for) the scale of European imperialism.  It has also has allowed him to collaborate with Caribbean and African historians, anthropologists, writers and artists, with a resulting huge intellectual stimulation.  A current project concerns the dispersal of a bird species (specifically the Indian house crow) as a material symbol for the global demographic and cultural scrambling that occurred under late imperialism.

Teaching: Teaching serious students and assisting them to learn how to teach themselves (i.e. conduct research) are Greenough’s best possible rewards in the University.  His consistent experience is that good students cause him to periodically change out his courses with new themes and materials; the best of them then dream up extraordinary research projects for which he must race about trying to find support.  In recent years the advent of human rights as an academic field has caused him to adopt a rights framework in several of his courses. (He is a board member of the University’s Center for Human Rights.)

•”Cold-War Epidemic Crisis, Outbreak Surveillance and the Pre-history of Smallpox Eradication: The US Centers for Disease Control in East Pakistan, 1958” (2014 in press)