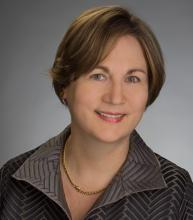 At the center of my research lie two broad themes addressing the cultural underpinnings of international relations and liberal democracy respectively. I am interested in the relationship between the political culture of the United States and its foreign policy, on the one hand, and in European responses to ‘America’ as a democracy and a world power on the other. My first book, Know Your Enemy: The American Debate on Nazism, 1933-1945 (Cambridge University Press, 2010), explored the political and intellectual context in which American popular and official conceptions of Nazi Germany were developed. It won the 2010 Myrna F. Bernath Book Award awarded by the Society of Historians of American Foreign Relations (SHAFR).

Several years ago I began a project studying how German political journalists refashioned their private and political identities after 1945 and how they used America as a key concept in the political-intellectual transition from dictatorship to democracy. This project reflects my broader and enduring interest in transatlantic relations, convergence, and divergence. It also forms part of my larger exploration of the different European and American experiences in World War Two and the respective lessons drawn from the trauma of fascism, communism, war, and genocide.

Currently, I am working on a book that examines American foreign policy views at the grassroots level. Ordinary Americans participated in foreign policy debates to a much larger extent than previously recognized. Based on citizen letters, memoirs, and oral histories - from the Munich Crisis in 1938 through the fall of Saigon in 1975 - my study is the first to examine in-depth, and with a view to change over time, how citizens responded to their country’s global leadership and military interventions.

By parsing domestic conflict over American military interventions from World War Two through Vietnam and by featuring arguments at the grassroots level, this work recasts our understanding of the dynamic relationship between American nationalism and internationalism. Broadening our conception of domestic controversies over war and international leadership, and re-integrating citizen voices, brings underexposed and unsettling questions about the nature of American democracy and its compatibility with military globalism into clearer focus. It reveals wider and deeper contestations over issues long debated by foreign policy experts: what purpose and whose interests does U.S. foreign policy serve?

I teach undergraduate and graduate courses in the history of U.S. foreign policy, transnational history, international relations and history and theory.