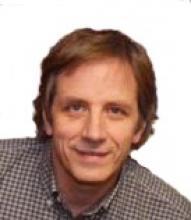 Mike teaches History and International Studies. His research has focused on understanding the history of the development of capitalism. In Rethinking the Industrial Revolution (Brill, 2013 / Haymarket, 2014), he explores the evolution of manufacturing in England from the late feudal and early modern periods in the context of the development of agrarian capitalism, through the early Industrial Revolution (read review). He is specifically interested in how English enclosures have been emulated throughout the world and how this relates to issues in international development and environmental challenges.

Prior to teaching at Iowa, Mike taught in the International Studies program at the University of Dubuque, where he offered courses in History, Political Science and Geography from 1999 to 2001. Mike received his PhD in 2009 from York University in Toronto, Canada, having previously received his MA at the same institution. Mike completed his BA at the University of Iowa in 1988, majoring in Linguistics, earning a Certificate of African Studies and also having participated in the Iowa Writers’ Workshop’s MFA program. He also spent a semester abroad in Kenya and Uganda as a student in the Global Studies program at Friends World College, then based in Long Island. From 1990 to 1991, Mike taught English in China at the Hebei Institute of Institute of Finance and Economics in Shijiazhuang. In 2010 Beijing Normal University offered him a professorship, but this did not work out. In 2017, Mike returned to China a third time and taught summer classes in US History and International Relations at Jinan University in Guangzhou.

As an undergraduate, Mike served as co-director for the UI Coalition Against Apartheid. At York University, he served for four years on the Executive of the Graduate Students’ Association, including one year as President. From 2001 to 2004, Mike was involved in the campaign to lift the UN embargo on Iraq and served as director of the National Network to End the War Against Iraq from 2001 to 2004, during which time he gave interviews on CNN, in The New York Times, Time Magazine and other major media outlets. From 2005 to 2006, Mike serve as a legislative assistant in Congress for Rep. Cynthia McKinney of Georgia, focusing on the plight of the survivors of Hurricane Katrina, some 100,000 of whom had been relocated to Georgia’s 4th congressional district outside of Atlanta. He organized a congressional hearing where African-American survivors from New Orleans provided testimony about their tribulations and served as chief editor for Rep. McKinney’s supplemental contribution to Congress’s report: A Failure of Initiative (2006).

In the International Studies program at Iowa, Mike teaches ‘Introduction to International Studies’ both Fall and Spring semesters. With an emphasis on promoting interdisciplinary thinking and research, this course is intended to familiarize students with a range of contemporary challenges facing human society in the era of ‘globalization’. Each Spring semester, Mike teaches 'Sustainable Development: The Struggle for Social Justice from Colonialism to Globalization’, which is intended to familiarize students with the major theories and debates, recent geopolitical shifts and practical experiences in the field of contemporary development with an emphasis on the environment.